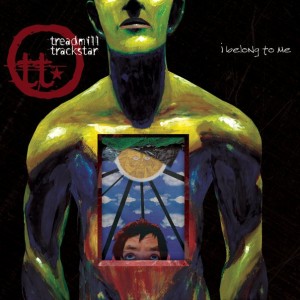 Treadmill Trackstar releases its comeback album I Belong to Me to the public today. To some that may not mean much, but for those of us who were paying attention to the Columbia music scene in the late-90’s it means a lot. Treadmill Trackstar was the next big Columbia band. Despite only sharing a hometown and an acoustic guitar with Hootie they were picked up by Atlantic and began to tour the nation. Unfortunately, the outcome would not be as glamorous. Treadmill’s sound was simply too unique for the mainstream, and the album did not sell like Atlantic had wanted. The band was dropped and disbanded quietly. When they returned three years ago and packed out Five Points Pub many of us wondered if there were any plans to record a new record. Thankfully for us, and for new fans, they were. Three years and thousands of dollars donated by fans later we have a new Treadmill record to enjoy!

So the big question is, is it awesome? And my answer is “you’re dang right its awesome, go buy a copy.” Let me explain. Treadmill was best known for acoustic based rockers that featured a cello backing as lead singer Angelo Gianni’s one of a kind vocals. The 2009 Treadmill is something entirely different, and you’ll know it as soon as the first low synth and drum machine sounds cross your ears. The band made this record for themselves and their fans; and it shows in all the right ways. Namely, this album is one of the more unique local releases you are going to hear this year. It numbers at 16 tracks, with several serving as wonderful mood setting interludes while the others show the marks of a band that has stretched itself to create lengthy cuts that stay engaging from start to finish.

The opening track “Call to Prayer” doesn’t pull any punches, showing off blended synth strings, drum loops and dynamically haunting cello lines. “I Belong to You” is one of the catchier songs on the disc, demonstrating a pop sensibility while refusing to soften Gianni’s vocals for the positive vibe of the song. “Euphoric” returns to the mood of the opener by providing a mellower tone mixed with sweet organ sounds, a backwards masked guitar solo, and all bolstered by a mellow groove. At times the album is downright bitter and fortunately for us that is when the band seems to be at its most energetic. This is evidenced in stand out track “Hands Off,” where Tony Lee’s delightfully syncopated drumming is highlighted by a beefy floor tom designed to blow your speakers. The song builds and builds to a feverish point, the mark of a great song for this reviewer. True to the form of the album, it is followed instantly by beautiful piano ballad that shows off the best of Carey’s cello lines. Even rocker “Least I’m Feeling” drills out some killer cello work, and the stringed instrument never becomes an unnecessary burden for the band to fit in. Finally, the album’s 8 minute closer never falls short of the progressive anthem it strives to be.

I Belong to Me also serves as a calling card for Kenny McWilliams of Baumer fame, who now resides at Archer Avenue Studios. His production, engineering and mixing takes the already strong songs and makes them hit in all the right ways, creating a seamless and clear listening experience. Gianni’s vocals consistently punch through with the right amount of aggression, and the combination of those vocals and the cello work make the whole of the album unique.

There is a surprise waiting at every turn, and it is all connected by the solid rhythm section of Tony Lee and Mike Mills who create solid support to the instrumental chaos occurring atop their parts. In the end this is not just an album, it is the piece of art that the band desired for it to be. I’d be willing to wait ten years for the next album if it is going to be this good.Â  Pick up your copy at the band’s website or on itunes!