Columbia Native, Chaz Bundick, has been tearing up webpages with Toro y Moi’s new album “Causers of This”. He’s got Pitchfork, Stereogum, gorillavsbear, and many other blogs obsessed.  Scene SC sat down with him to discuss his sudden surge in success, and his new touring lifestyle.

So, talk about your musical journey for a moment. How did you get started producing music? Also, is that European Tour still happening?

Yeah, that got canceled because of issues with booking agencies and promoters. I guess I started doing music when I was about 15…

Was that the Taxi Chaps?

Yeah, that was a really funny band. It was like kids playing sloppy music. Then The Heist came and I started Toro y Moi when I started Taxi Chaps. I did it when I was 15.  Everything just started to snowball from there.

How did you get started with electronic music, and who are your biggest influences?

Pretty much when I got Fruity Loops. It never occurred to me to try it.  Someone gave me a copy, and I just started playing with it without even thinking about house or anything.  The first couple songs I made were like keyboards and drum machines.  I started getting more into electronic bands, and great electronic musicians from the past. Influence-wise, I guess R&B, Soul, Funk, Instrumental, House. Definitely J Dilla, Thomas Bangalter, 10cc is definitely one of those.  Sonic Youth, when it comes to the guitar based stuff.  Animal Collective is an influence on everyone these days.  Oh, and the Beach Boys.

What is the significance of the name?

There’s no actual background story on it.  It’s really just for fun.  I made it up when I was 15 sitting in the car with my parents on a road trip, and I remember coming up with that, just ’cause I thought it sounded cool.

You went on tour with Jemina Pearl.  Do you think she’d like me?

Oh. Damn. Well how was that tour? How was playing with Islands?

They’re actually really really nice guys.  They’re so experienced.  I still try to keep in touch with them.  Every time I’m in New York, I give em a call.

What do you think about the genre classification “chillwave”?

Chillwave is cool, I don’t have any bad feelings about it.  I don’t think being put into a genre is a bad thing.  It’s a good thing when it comes to getting your name spread.  I think there could be cheesier and worse names than chillwave.  I’m working on the second album now, and it sounds nothing like Causers [of this]. The stuff I’m working on now, I don’t even see how it could be considered chillwave.  I was already working on this album before, so I don’t know ( New album will sound more like “109” which was the B-side to “Blessa” )

Someone told me they had Causers of This back in late December, and I had found out that it leaked. How do you feel about the leak?

I was fine with it.  I was like really? I leaked? That’s cool.  It’s sort of a sign if it leaks that fast; that it’s anticipated and hyped up, so I don’t see any problem with it.

There have been rumors of a re-recording or re-release of Woodlands (2008).  Is any of that remotely true?

I may go back to some of that stuff, but I may just re-release it. I might just keep it and never do anything with it. Possibly. 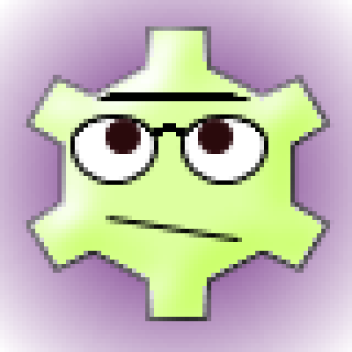 Hi, I'm Bakari. I like to party. View all posts by Bakari Lebby