*WARNING*: The show that this journal pertains to included the following elements that may be strange and disturbing to some readers:

If any of these things are a turn-off for you, hit the back button on your browser immediately. If you’re down with the events listed or they at least piqued your interest, welcome to the world of Phish.

For those of you not familiar with the Phish tour scene, or the jam-band scene at all for that matter, let’s start with a bit of prerequisite knowledge about the crowd and setting so that you don’t get lost. Going to a Phish show is more of an experience than it is an event in life, so I’ll need all the help I can get trying to paint the picture.

The crowd at a Phish concert is made up of a fairly even mix of common characters (click on each one to see a photo example). You’ve got your lot guys, your wooks, your Phish scholars, your straight up hippies, your converted Deadheads, your frat bros, your tweakers, your posers…and the other guys. Saturday’s show at Charlotte’s Verizon Wireless Amphitheater seemed to have a higher ratio of frat bros and posers, probably due to the venue’s close proximity to wealthy Charlotte suburbs and colleges with prominent frat scenes (UNC, USC, Clemson).

The parking lot, commonly referred to as “the lot,” is where all the pre- and post-show magic and debauchery happens. Fans will begin entering the lot as early as security will let them in and immediately set up their tailgates or vendor stations. The vendors, known as “lot guys,” tend to all gravitate to one area and form a giant strip of tents known as “Shakedown Street,” named after a Grateful Dead tune of the same name. You can find Shakedown at just about any jam oriented show and pick up some quality organic munchies, some mind altering baked goods, or some custom glass that no one is allowed to say what it’s used for (hint: weed). The lot is very similar to a tailgate experience outside of a college football game, except for of the people holding their fingers in the air, only 30% want tickets; the other 70% are looking for molly, herb, or acid.

Now that we’ve got the basic framework laid out, on to the show journal. My brother, Jack, and his friend Luke made the trip up from Columbia early in the afternoon so that we could kill some time in the Charlotte Guitar Center before the show started at 7 p.m. Normally I like to show up to the lot a few hours early to eat and chill with friends, but since none of my crew from the 757 was able to make it to this show, we decided to forgo the lot scene and headed straight into the venue upon our arrival at 6 p.m. We stopped by the merch tent, where I picked up my traditional tour t-shirt (I have a piece of merch from all nine shows I’ve seen), and then headed to our seats. Second seated section, stage right – quality seats compared to when I was in the back of the venue during last year’s Charlotte tour stop.

After dozing off in my seat for a bit to pass the time, I woke up around 7:15 p.m. and noticed that the wooks and tweakers were starting to make their way into the seats. Those two groups are always the last to arrive, so I started to psych myself up by punching my brother in the arm repeatedly (some childhood activities never get old). I took a look around at about 7:40 p.m. and figured the venue was about as full as it would get – the show came damn close to selling out, with only the corners of the lawn being bare. Soon after, the lights dropped and the Vermont-based quartet took the stage.

One of coolest things about seeing Phish regularly at this point in their career is you can tell the band is still evolving, even after two decades on the road, especially in how they interact with the audience. The first few shows I saw after the band got back together in 2009, the band probably said ten words or less to the crowd combined – they were artistically stoic to say the least. To open last night’s show, Trey Anastasio (guitarist, frontman) leaned out into the crowd and grabbed a fan’s request sign, a la his idol Bruce Springsteen, held the sign in his teeth and played the opening riff to the crowd-favorite “Mike’s Song” as the masses absolutely lost it. It was one of the most entertaining moments I’ve seen at a Phish show and the kind of event that strengthens the bond between artists and their die hard followings.

As far as Phish shows I’ve been to are concerned, this year’s Charlotte setlist was the best I’ve ever had the pleasure of seeing (you can view it in it’s entirety here). The group played a nice array of material from all of the various phases of their career: you got your classic phunk with “Ghost” (video below); your crowd favorite jams with “Weekapaug Groove,” “Wolfman’s Brother” and “Mike’s Song” (all of which featured Mike Gordon SLAPPIN DAT BASS MON – sorry); your almost-normal-length-songs with “Sample in a Jar,” “NICU,” “Axilla” and “Bouncing Around the Room;” your technical jams like “Reba” and “You Enjoy Myself;” and your new material with “Backwards Down the Numberline” and “Stealing Time From the Faulty Plan” (Side note: “Faulty Plan” is one of my absolute favorites because of what it means to Trey; he wrote it about the emotions he felt upon the passing of his sister and always rips especially hard when they play it live). There were songs that would appeal to the most novice phan and someone who

The covers the band threw in that night all had a classic rock theme. Mike Fishman (drums) was replaced by Trey on drums as the band ripped into Argent’s “Hold Your Head Up,” with Page McConnell dominating the song’s signature organ line. The band then segued into Pink Floyd’s “Bike,” where Fishman took over lead vocals and serenaded everyone in attendance with a vacuum cleaner solo at least four minutes in length (yeah, a vacuum; it was weird, but it was awesome). As a part of the encore, the band broke out it’s most popular Rolling Stones cover, “Loving Cup,” and played it the best I’ve seen out of the three times I’ve seen it played. “Loving Cup” is always great because it gets a louder crowd sing-a-long than a lot of the Phish tunes do (probably because the lyrics make sense, but that’s neither here nor there).

As great as all of the aforementioned songs were, my favorite category of songs, by far, was the Gamehendge offering the quartet dished out. For those of you who don’t know, Trey wrote a concept album (The Man Who Stepped Into Yesterday) as a part of his senior thesis in college about a mythical land called “Gamehendge” that involved recurring characters on a quest (kind of similar to Lord of The Rings). The songs “Icculus,” “Colonel Forbin’s Ascent,” “Wilson” and “Fly Famous Mockingbird” were refreshing additions to the evening from a less-played portion of the band’s catalogue. For the true Phish nut, those cuts were an absolute treat.

After the show, my ears were ringing, my eyes hurt with joy from the terrific light show and I was fatigued from noodle dancing all night. Just like every other Phish show I’ve been to, Charlotte was pure bliss. All I could think about on the drive home was how I couldn’t wait to make it to my next show and hoping I had the money when tickets go on sale for the next tour.

Doctor’s disclaimer: If you’ve ever experienced the above symptoms, you’ve probably been to a Phish show. 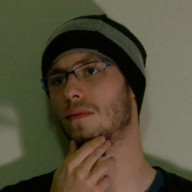