Since September, Columbia has been a hotspot for great shows. NEEDTOBREATHE, Darius Rucker, Switchfoot, Hundredth, and many other names have all played shows in the past few weeks. We’ve seen One Unit Art Space host the Southeast Hardcore Fest, and the Jam Room celebrate their 10th Anniversary with the Jam Room Music Festival. Greenville also brought in national acts like The Apache Relay for their Fall For Greenville Festival. Starting October 23, New Brookland Tavern looks to continue the recent influx of good shows with 4 must-see shows in 4 days.

Since announcing they were releasing a new album, Junior Astronomers have been road warriors. Starting in early August, they have been on the road for about two weeks or more each month. They’ve shared the stage with the likes of All Get Out, Death on Two Wheels, The Weeks and now Equal Vision artist HR V RD. HR V RD, originally from Charlotte, has been extremely busy as well since announcing their signing with Equal Vision. Both share a similar Indie Rock genre, but have very different sounds. Also playing the show will be Greenville’s own Where’s Wolf. They are one of my new favorite local bands, not only because their music is great, but I’ve got a slight crush on the girl that sings.

Into It. Over It.

Punk-rocker Evan Weiss has created a name for himself through his solo project Into It. Over It. After many years of touring solo, Evan will finally be backed on stage by a full band. That’s right, Into It. Over It. is going full band. (FINALLY!) Joining them will be Connecticut rockers Make Do and Mend. At the beginning of the summer, Make Do and Mend released their new album, “Everything You Ever Loved” with Rise Records, a typical metal label. (Rise Records also recently signed Further Seems Forever…) I don’t know a ton about Make Do and Mend, but after listening to them a bit, they reminded me a lot of a more rock-driven Balance and Composure. Hostage Calm is opening the show, and they are just fun.

Northern punk is taking over New Brookland at this show. Headlining band, Such Gold, hails from Rochester, NY. Their music is straight punk, no gimmicks; think Title Fight or The Wonder Years. I wasn’t familiar with the other bands playing this show, but Mixtapes and Citizen absolutely blew me away. Both hailing from Ohio, Mixtapes features two lead singers, one of which being a girl. Citizen is the more punk-rock than the others, which appealed to me the most. Check our their song “Detached”. This is probably the most unknown show of the 4, but that only means that you have to come show these bands some southern hospitality.

Ending the four days is a more relaxed show that features some local standouts. Jake Etheridge and CherryCase (our first ever SceneSC Band of the Month) are making their way back to their hometown as part of a month long tour to promote their new song. Joining them will be Kemp Ridley, a beautiful band that features Cayla Fralick. Ned Durrett & The Kindly Gents are a perfect mix of blues and americana with just a little southern charm thrown in. Opening the night will be Yosef, Hunter Duncan’s new project. After splitting with Columbia band The Lion In Winter, Duncan now shifts his focus to a indie-alternative solo project.

I don’t know a ton about punk or punk-rock, but even I know you don’t miss out on any of these awesome shows. Saturday, October 27, WUSC is having a Halloween Party. There, I found you something to do almost every night of the week.

You can thank me later. 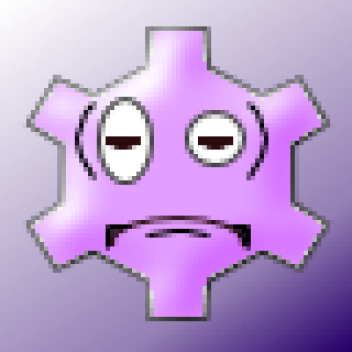