As always, this year’s Moogfest brought many highly anticipated artists. There are not many things better than a Moog-centric electronic music festival held Halloween weekend in a city filled with such cool people. There were some late additions and late cancellations and the festival was shortened to two days, which was a somewhat bittersweet change. The move to no outdoor venues was welcomed as we had nearly frozen at times the last two years. However, the weather was almost perfect on Friday and Saturday.

While there were less people dressed up this year (probably due to Halloween falling on the following Wednesday), the costumes themselves were incredible. There were yard gnomes with Christmas lights on them, aliens with neon LEDs, superheroes, celebrities, pirates, and video game characters. Between Disclosure and Prefuse 73, Kermit the Frog handed me what I assumed was a pot brownie wrapped in wax paper but turned out to be a quarter of a sub sandwich from Jimmy John’s in Asheville. I ate it and it was good.

This was my third consecutive Moogfest and based on the experiences I’ve had, I don’t plan to miss any of the future ones. It’s always sad when Moogfest ends, and having one less night of it this year did nothing to quell the sadness. On a more positive note the quality of the artists and their performances left nothing to be desired. Moogfest continues to be a festival that consistently delivers a unique blend or top caliber, often obscure artists to a lucky and very grateful group of fans. May the tradition continue.

We couldn’t make it into town for the Thursday night Justice show, so Killer Mike was this years start for Moogfest, and what a start it was. Alone on stage and larger than life, Killer Mike’s presence was reinforced by his NO DOPE, FUCK HOPE shirt that could be clearly seen by everyone in The Orange Peel. “I came to burn this mother fucker down,” was proclamation enough to convert anyone who wasn’t already hyped. Other than an El-P cameo, Mike ran the room alone like a seasoned professional with all the regular staples of a rap concert, including a call to all the willing to fire up their smoke if they were going to. One minute later I was watching a teenage kid in a tuxedo being escorted out by security with a still lit blunt in hand. The show was incredible and the sound was great but the highlight of the night (for me) was Mike’s tribute to one of his childhood heroes: “When I look at Ric Flair I see blond-haired, blue-eyed championship gold.”

The Orange Peel was a pounding venue Friday night. Jumping from Killer Mike to El-P was a transition worthy of Nyjah Huston. It was a blazing set of cosmic thumpery. El-P and his two-man band (one of whom wielded a Moog Keytar at one point) faithfully reproduced The Full Retard and Drones Over [Asheville] from his new album Cancer 4 Cure.  This was my second time seeing El-P at Moogfest and it was even better than the first. Later in the set he worked in Everything Must Go and Can I Kick It? and for the record: Yes, he can.

Sensory overload is an understatement when describing Tom Jenkinson’s current show. Dressed as a robot with an LED face mask, performing behind a giant LED tower screen and in front of a screen as big as an IMAX, Squarepusher is a force with which to be reckoned. All three explosive LED displays were synced to the raucous 16-bit blippity blasting from the speakers. It was in the middle of a set, consisting mostly of tracks from Ufabulum, that Jenkinson brought out his crazy digital electric bass. I can’t begin to imagine what the people who were just now walking into the venue thought, because the chaos of the instrumental break coupled with the seizure-inducing LEDs could have easily led them to believe something had malfunctioned and was about to explode. It was an intense show and a great example of the ability of Moogfest organizers to maximize an artist’s potential with an appropriate venue selection.

My first run in with the yard gnomes, since they ran past me while I was eating at the Biergarden, was at the Divine Fits show in the ExploreAsheville.com Arena (formerly the Civic Center). Their performance was incredible as you would expect from a group of guys with their individual resumes. Would That Not Be Nice and Flaggin’ A Ride had the crowd moving as did the much anticipated, My Love is Real. I jetted away early to try to snap a few pics of The Magnetic Fields, but was told I was too late to photograph. I love The Manetic Fields but I couldn’t resist the urge to return to Divine Fits. My decision was rewarded with a near replica rendition of Tom Petty and the Heartbreakers’ – You Got Lucky that exuded the essence of all things Moogfest.

With a few minutes to kill before Sanitgold, we joined a horde of costumed people and ventured off to Diana Wortham Theater to catch some of Andy Stott’s deep, dark dubness. Actress had cancelled so this would be our only chance to catch anything remotely close to that style of dubstep. Access to the theater was restricted to the back courtyard entrance which required us to venture through a corridor lined with the glass windowed businesses including a Coldstone Creamery filled with children. The look of intrigue on the children’s faces was quickly buffered by the look of disapproval radiating from their parents’ faces at the gaggle of freaks trampling their way to god-knows-what.

We made it in time for the start of the darkness that ensued. It was literal darkness as the lights in the theater were dimmed away. If you closed your eyes you could experience a loss of sensory perception that removed the barrier between you and the sounds approaching from every direction not dissimilar to lying on the beach at night with your eyes closed. Andy Stott was a welcomed surprise at Moogfest 2012.

The arena was almost full for Santigold. It felt like a reunion for all of us who wore costumes to Moogfest. Big Bird, the yard gnomes, Michael Jackson, Stevie Wonder, the aliens and the ninjas were all there, so it was very fitting for Santigold to be the first artist I heard call attention to the fact that we were actually dressed up. She and her band were dressed up and at one point produced two people in a giant horse costume, but she preferred our costumes to her own pointing out that she wears “the same fucking thing every night.”

There are always the big shows at Moogfest, from Moby to Big-Boi and Santigold was one of them. Making use of an intricate light display and the massive screens of the arena, Santigold put on a hell of a performance. She was definitely a crowd favorite.

Death Grips, by far, was the heaviest show of the festival. The thundering super bass from hell would damn near make your heart stop. The primal atmosphere engulfed the driving rhythms that pulsed through The Orange Peel and spat them back out in waves of live energy. There was an overwhelming desire to rip one’s shirt off and plunge into the midst of the raging sea of people. The venue was not full but you wouldn’t know it by the way the crowd packed itself closer and closer to the stage as if drawn closer to Death Grips by some invisible force. A Death Grips show is not for the faint of heart but for the willing, the experience is reward enough.

Disclosure followed by Prefuse 73 was a great way to wrap up Moogfest 2012. The Asheville Music Hall is a narrow but long venue, but I managed to stay at the front for both shows. It wasn’t long before Guy and Howard Lawrence were up and running with an ultra dance party for a venue that was so full there was a line of people outside being refused entrance.  It was tons of fun and very good and you could see it on the faces of everyone there including the Lawrence brothers.

Howard mentioned that he was impressed with our costumes (he especially liked the gnomes) and that “you guys really know how to party.” The mood never dwindled for the entirety of the show and through the encore. If they had played all night I doubt any of us would have left. But all things end and there was one more show to follow.

Prefuse 73 was originally scheduled to perform with Teebs. However, Teebs dropped out at the last minute. The line outside was still there waiting as not more than what seemed like a dozen people left after Disclosure. It wasn’t long before everything was up and running.

Prefuse was a nice wind down to Moogfest 2012. Scott Herren makes some of the coolest music around blending genres that are not typically heard together and Teebs’ absence in no way hindered him from delivering a stellar performance. The dynamic transitions in his music and clarity in his live show produced a polished, almost perfect sound that ushered us into the early hours of the morning. 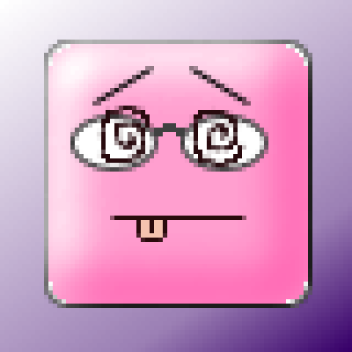 Published by The Lonely Robot

View all posts by The Lonely Robot