Eschewing the norm has been part of We Roll Like Madmen’s creative spirit since their inception in 2011. In that spirit, they thought it would be interesting to interview me ahead of their show at New Brookland Tavern this Thursday, Feb. 21st. What followed were questions about “The Trap”, Diplo and Skrillex’s respective twerking abilities and why dubstep rules the southeast.

We Roll Like Madmen (WRLM): In your honest opinion, where is the drop?
David Ballou (DB): Track 7 of the new araabmuzik mix tape
WRLM: Who is ruining dubstep more, Aphex Twin or Squarepusher
DB: Aphex Twins non-involvement in dubstep has absolutely contributed to ruining it
WRLM: Where exactly is the “Trap” and why are there so many people that “run it”?
DB: I have been instructed by my hustle advisor that I am not to discuss the Trap. Refer to T.I.’s 2003 record “Trap Muzik”
WRLM: Is there a blacker white man than Diplo?
DB: Duh, Eminem
WRLM: If you had to guess, would Diplo or Skrillex be the most likely to twerk?
DB: Skrillex, I think Diplo would be a better twerker but would also be self-aware enough not to, while Skrillex would twerk with reckless abandon

WRLM: What kind of pizza topping best represents WRLM’s music?
DB: Sour patch kids + peppadew peppers
WRLM: Who has better dance moves, David Stringer or Andrew Harris?
DB: Andrew harris has some pretty slick dance moves, but I’ve never seen David Stringer dance so I can’t truly comment (David Stringer: “No one has ever seen me dance.”)
WRLM: Why is dubstep the only genre in the southeast?
DB: Because Bassnectar and Pretty lights, not to mention EOTO, Paper Diamond (formerly Alex B), have been playing the same festivals as bands like the String Cheese Incident and STS9 for years now, which are very popular in this part of the country. So there’s something of a tradition there.

Bassnectar explains Straight vs broken beat and beyond

WRLM: Straight or broken beat?
DB: Mmmmmm that’s a good one. How drunk am I?
WRLM: Assume maximum drunkness
DB: Straight beat
WRLM: If a DJ is ‘in the mix’ when is it appropriate to shout out the lyrics to “Rude Boy” as a request?
DB: Thick girls shout away, otherwise never
WRLM: Is there a difference between an electronic producer and a DJ? If so which one should have more stickers on their laptops?
DB: Yes a producer is a musician while a DJ is an evolved cover band (that sounds derogatory but I don’t mean it that way, I greatly prefer DJ’s to cover bands). Also DJ’s probably have more stickers.
WRLM: As a white male in Columbia, SC how comfortable do you feel using the term EDM?
DB: I want EDM to mean nothing more than electronic dance music, it shouldn’t be used as a genre
WRLM: Isn’t all music that is dance-able electronic though? Isn’t 90% of all music today electronic in some way? Even going back further than present day, James Brown and Prince, for example, both used electronics extensively in the studio.
DB: So maybe the term EDM doesn’t really mean anything at all
WRLM: Have you ever had gay fantasies while listening to euro trance?
DB: Yes but only while listening to Suburban Train by Tiesto

WRLM: Have you listened to 2 Chainz today?
DB: The Mercy remix is my ringtone so yes?
WRLM: Which came first, hipsters or bros?
DB: bros have been around forever, we just didn’t refer to them as such
WRLM: What’s your most cringe worthy guilty pleasure?
DB: Alice DJ’s “Better Off Alone”

WRLM: If someone samples Prince in a forest with no one around, does Prince still take it off Youtube?
DB: Of course, Prince speaks with the trees
WRLM: House Party or Venue Show?
DB: Based on recent experiences I’d have to say venue show. No one likes the cops
WRLM: Being the EmCee or being in the audience?
DB: MC all day, I’m a middle child so I always appreciate a microphone in my hand
WRLM: If Deadmau5 needed help with a VCR, would you A. press play, B. press rewind, or C. complain about everyone else that uses a VCR?
DB: All of the above, and in that order
WRLM: Do you like the wobble or the feedback the most?
DB: feedback, I reject the wobble. And sub bass over all
WRLM: Which spelling do you prefer: BA$$ or BVSS?
DB: $$ (2 Chainz, etc), but that’s more of me not liking the V fad
WRLM: So what is your preferred spelling of BASS?
DB: just bass, bass speaks for itself
WRLM: Azealia Banks v. Baauer, go (note: http://www.bet.com/news/music/2013/02/19/azealia-banks-clashes-with-bauuer-and-diplo-over-harlem-shake.html )
DB: Baauer, power to producers
WRLM: When is it appropriate to Harlem Shake in the workplace?
DB: Depends, if you’re video-taping it to put it online later never; otherwise in moderation. The one exception is the UGA swim team who did it underwater

WRLM: How “white girl drunk” will you be at NBT?
DB: Me and my main betches will be out in force. Sometimes you just need a night out with the girls right?
WRLM: Why should Columbia come out to NBT on Thursday?
DB: To argue about whether or not the Harlem Shake video meme will ruin Baauer, but more importantly to party

Be sure not to miss We Roll Like Madmen, along with Grand Prize Winners From Last Year, Fat Rat Da Czar, and Camp Counselors this Thursday Feb. 21st at New Brookland Tavern, Doors @ 9pm, 21+ 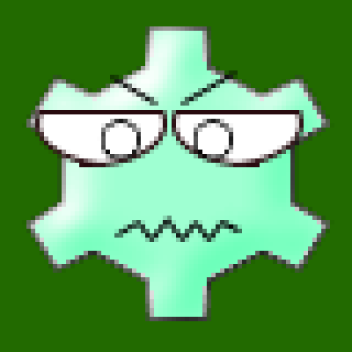