We decided to ease into Day 1 of the Music portion of SXSW, but we probably went a little harder than originally planned. After checking in and getting all our credentials, we set out to find some free drinks and food before the night started. We wound up at a boathouse at the Tumblr + Soundcloud Party.

We then ran up Red River to catch Wild Cub, and ended up catching the very last of the Polyphonic Spree’s set as well.

My biggest regret of last year is probably how I missed this band play a Prince cover set on New Years Eve. Wild Cub is one of the few Nashville bands that won’t let the crowd just stand and watch, it’s impossible not to dance along.

It’s no secret we love this band here at SceneSC. We were excited to celebrate their recent signing to ATO and enjoy an open bar and great food at the DYN party. Plus we always like to wager on how many instruments Markus is going to play at one time.

Whiskey Soaked Swamp Rock or just good ole rock. I freaking LOVE the Weeks and am stoked for their new album “Dear Bo Jackson” out this year. We ran into Terrance from Junior Astronomers while lurking around the front of the stage for photos… but we’re not sure he remembers seeing us…

We ran back to the DYN party and caught a rare John McCauley + Taylor Goldsmith & Friends AKA Middle Brother set. It sounded exactly as wonderful as you’re probably thinking. We’re pretty lucky.

Dawes opened their set with “If I Wanted Someone” and at that point, they had my tiny black heart in their hands. They ran through a packed set of oldies and a few new ones – including the single “From A Window Seat”. The courtyard and VIP were filled to the brim and everyone was totally there for it. It was a great set to close the night.

Special thanks to Uber (for the free pedicab ride!), the Kopecky Family Band for being great people, and DYN for throwing a great party! 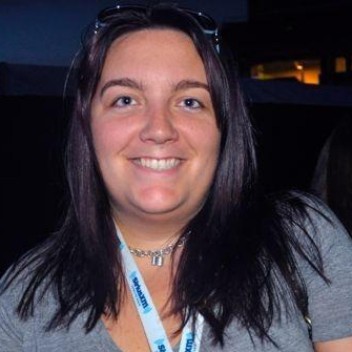 Born in San Antonio, raised in Charleston, currently giving Nashville a run for its money. Live music addict. College football fanatic. I’d rather a guy be able to break down a defense than write me a chorus. That being said, all my friends are in bands. The infield fly rule sucks. I'm a fan of the finer things in life, like bourbon and cheeseburgers. 2005 was a great year for me. View all posts by Kathrine Brock