I first heard of Rachel Kate when the College of Charleston posted a Soundcloud link to her song “This Institution” on their Facebook page in 2011, and ever since I’ve been keeping tabs on her musical goings on around town. Growing up she was very involved in school and played an active role in her community in Nashville, taking voice lessons for a few years and singing in her church choir. In a conversation we had over a year ago Rachel Kate said “I wanna do everything, all the time,” and with all we’ve seen her accomplish in the past year, she proved herself right.

Earlier this year she succeeded in raising enough money by way of Kickstarter to finish production on her album Rachel Kate With Love and Hate. The album reflects the absolute best of Rachel Kate–her versatility, passion, and ever-abundant soul are felt in every note sung and chord struck. There’s something for everyone on this album; “Hell Is Your Home” is perfect if you’ve been wronged by someone, “My Painting” is an amazing song to daydream about, “Dancin’ Shoes” is the quintessential “father/daughter dance” song to play at your wedding, and “This Institution” is so nice to hear when you’re feeling like everything is weighing down on you. With Love and Hate chronicles the many ups and downs of being young with a very mature voice. With this album Rachel Kate tells stories of love, hate, and life written in rainbow ink.

“This Institution” is a soulful track full of bluesy guitar and cello that my generation should adopt as its theme song. The pressure of being young and in college is at times overwhelming, and so many people expect things from us we can’t necessarily deliver. Most of us are trying to map out the future, reevaluate our pasts, and enjoy the here and now all at once. “This Institution” ominously takes note of life’s imbalances and Rachel Kate’s raw, low vocals deliver a cry of frustration that hits home when coupled with the eery background vocals of the chorus. This song proves my strongly held notion of Rachel Kate being a local tour de force that won’t be stopped as long as she has a guitar in hand and a solid surface beneath her feet.

Rachel Kate
Softcore Sessions
The House of Softcore sessions were filmed in the spring of 2012 at Hearts & Plugs HQ in Charleston, SC.
Video-Megan Elger and David Stringer
Audio-Dan McCurry at Apartment A
Hearts & Plugs
SceneSC 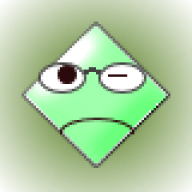