What up, what up, what up?! I hope you all have had a smashing week. It’s #famouslyhot across the state right now and I am practicing the fratto of “Sky’s out, Thighs out” until the sun decides to go back and hide underground with Punxsutawney Phil or whatever that’s about.

Thinking about good weather and sun always puts me in the mood to head to Charleston. I was sad to see that my homey had some suckers all in his mix, but it looks like @IndacoChas actually didn’t mind:

Love being in this mix! http://t.co/55AbkocRbo

Last week, the abominable snowman tried to rough up my homey Indaco, but he persevered:

Power & phones are back in working order & we’re open for service now. Come in for dinner and warm up with us.

Despite all the beef that’s been at Indaco, let’s not forget that this place has some delicious eats:

Don’t pour one out for the homey. But if you do, pour it in a cup and send it my way. I hate to waste that good, good from Indaco!

One thing you might also not want to do, is blow it if you ever get to meet @DonaldGlover like this cat did:

Like REALLY? REALLY? You met the love of MY LIFE and you gave him THE WRONG EMAIL ADDRESS? Who is so bush league as to funk up his/her own email? My advice: if you can’t get it right, spend the money on some calling cards. You don’t get second chances with the Great Gambino.

You might also want to refrain from trite comparisons:

also if you have friend who is black and has a fro he doesn’t look like me.

or maybe he does. it’s case x case… but usually, not really….at all tho.

At least he is willing to consider that SOMETIMES he may have a real doppelgänger, but it’s strictly case x case. People say I look like thousands of people. Like all the time. This week, I was told that I surfaced on American Idol.

I’m hoping it was just the moment he caught this look-a-like lady on, but I feel like she looks like me when a relative I don’t like is approaching me for a hug and I am having to feign excitement while still trying to back away. It’s a very specific look/phenomenon. Long story short, I feel you Donald.

Like the people I feature in #TwitterThursday? No? Well send some suggestions, ok? Tweet them @SceneSC and also while you’re there tell @SceneSC how I’m the only reason you ever read this website and that you thank the Based God daily for me. 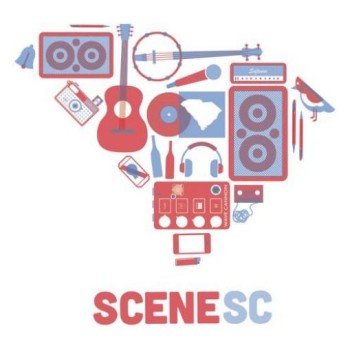