I was at a peculiar point in my drunk where my steps advanced ahead of me without my prompting- I was running automatically, careening along a hastily charted course through crowds of comparatively sluggish festies.

‘We’re gohna miss it,’ my brain slurred, but ‘no,’ my brain responded, ‘Weggan do it allll!‘

Stopping so abruptly I almost fell over, I arrived at the tent, front row! Mouth-breathing heavily, my lazy eyes dumbly scanned the emptying stage in front of me. I missed the band. I missed the thing because of the other thing. All of my things fell apart because the thing ran over the other thing. My carefully composed scientific journal of things was now a completely useless thing.

This was my experience at Bonnaroo, and just about every other extensive festival I’ve ever attended. See, I got this sick predisposition to do everything always. There is so much quality all around you, it’s like being stoned at a Ryan’s. You have no idea where on earth to even begin.

This year, SXSW in Austin, Texas will 100% definitely be the same deal. An absolute embarrassment of riches will undoubtably hound us from every angle, as 6th street explodes with eccentricity, mexican food, music, art, and all the etc you can get your hands on.

For starters, there are the parties. A big one that will be complete chaos is the Funny or Die Clubhouse, featuring Chromeo and Bill Cosby, because there is some sort of benevolent deity watching over every last one of us. Also, I’m uberly jazzed for the parties thrown by the mobile event app Applauze, who will be doing something every day. Their main event is Monday at the Scoot Inn with my crushes MS MR, Charli XCX, Robert Delong, (who performed with a WiiMote and a Microsoft game controller in this unreal video). To attend, you have to download Applauze from the app store and RSVP on the app itself. This is an app I get a lot of mileage with because I hate music ticket websites tryna tell me how to live. Check out the Casa de Applauze for other bands, like The Family Crest and CATHEDRALS.

Two other big acts that I’ll kill and murder to see are Stepdad and Macauley Culkin’s new band The Pizza Underground. There are over 2000 acts flooding the city this year, spanning a spectrum of spectacle. Some of the bigger acts will be the NPR Showcase next Wednesday featuring Perfect Pussy, St. Vincent and Damon Albarn.

Spotify House and Rachel Ray’s Feedback are going to be huge for me too. Spotify has some killer bands (Hozier, Phantogram, Real Estate), and Rachel Ray, I mean, who knows- you just gotta know we’re gonna eaaaat.

I’m so violently overwhelmed by all that is going down it’s sort of ridiculous. Of course, I could mention all that is happening and still miss out on boatloads of quality. Dey‘s da rub. You plan too much, and you miss what’s right in front of you.

The feeling I had when I woozily collapsed into the dirt knowing I had missed one of my favorite bands was in no way a pleasant one. FOMO, “fear of missing out,” is seriously in the Oxford Dictionary. It’s a plague that will throttle your festive spirit and infect your wanderlust with stressful schedules, living on fixed rails.

Seriously, do what I’m going to do. Step inside of the Austin city limits and just go. From the sage advice of all those who’ve been there before me, you will enjoy yourself more if you carry along at the pace the SXSWizards set for you. Feel the magic.

That’s what I’m going to do. Allow me to offer my experience as a scientific experiment. With minimal planning, (I’ll still attend the important deals), I’m going to simply drift. When I write my review more than a week from now, you will be able to tell if I had a rad time by how many times I informally write ‘dude’ in a semi-professional internet article. 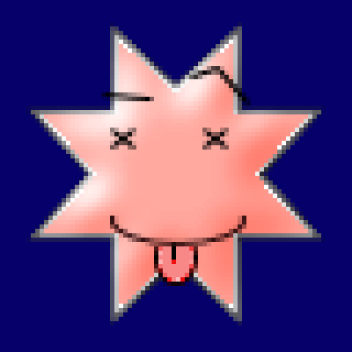