Hope: the feeling of wanting something to happen and thinking that it could happen, a feeling that something good will happen, to cherish a desire with anticipation

When I was left searching for the words to describe how Manchester Orchestra made such a profound impression on Thursday night, I turned to the single word of their last album title. The definition of hope captured the emotions Andy Hull always manages to pull out of you; feeling as though life is often difficult and sorrowful but that there is a faint light shining beyond, and we’re moving closer to it. Merely listening to the album through your home speakers can leave you vulnerable; listening to them perform live is a whole other experience.

The last time, and first time, I had seen the band perform was just over a year ago at the Music Farm (it was actually one of the first shows I photographed). While they still managed to evoke a similar sentiment, the atmosphere was much different: loud, heavy and hot. You’re inclined to feel guarded when surrounded by a mosh pit, not so much vulnerable. With that in mind, the guys opted to be inside the Memminger Auditorium instead this time so that people could sit down in a spacious dark room. The stage itself was dimly lit, with hints of red shining upon the band members and the white flowers that were scattered around their instruments. Essentially, the atmosphere was perfect and left the entire room entranced.

Chris Staples, a singer and songwriter from Pensacola, Florida, and now based out of Seattle, Washington, opened up the evening with material from his recent album American Soft. Released on Barsuk Records, the composition marks his strongest effort towards his personal work in nearly four years when he produced his sophomore record Badlands. Before turning his attention towards himself, Staples was apart of Telekinesis, which was produced by Death Cab for Cutie’s Chris Walla and headed by songwriter Michael Lerner. Unlike the power pop indie rock embodied by Telekinesis, Staples turns to the softer side of indie blues with his personal work. His music is reminiscent of sunny winter days, morning light, swinging on the porch and silent drives through the mountains; and I love it. A personal favorite is “Early Bird Tavern” and a friend, Clay White, who was also at the show confessed that “Dark Side of the Moon” was a notable track of 2014 for him.

Following in the same pattern, Manchester Orchestra kept the evening calm, but by no means did that take away from the passionate roars that Andy Hull is so known. The majority of their material that night came from HOPE, the primarily acoustic companion to COPE; both of which were released this past year. During the November 2013 show at the Farm, they debuted “The Ocean” and “Cope” for the first time – in spite of the record not even having a release date yet (that also didn’t stop them from naming the tour Cope).  Another familiar feature from that performance emerged in between songs, that being Andy Hull’s witty humor which is a much needed comic relief from the nature of their music and lyrics. For those who were there likely remember; “It’s not soon; it’s been 30 years.” Sorry, Bill Cosby.

“I Can Feel A Hot One,” wrapped up the evening as their encore but I’ll admit that the time Andy Hull spent on stage alone or only accompanied by Robert McDowell on piano, was my personal highlight. While the entire show maintained an aura of intimacy, the time spent essentially by himself brought out the most profound authenticity. And even now that I’ve had the opportunity to see them perform in both manners, passionately loud and soft, I cannot decide on a preference. In either atmosphere, the band is outstanding. If anything, I recommend someone takes the opportunity to see them at least once and let themselves be fully immersed in the experience. 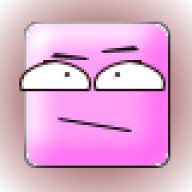