Geek On This started with Nique the Geek and Jesse LeProtti’s “BandGeeks” group. While working with Southside 808 in Atlanta, they found out it was already an established music group. Nique feels like he’s truly a geek about the music industry and claims music to be the best drug in the world —that’s what he geeks on. He took this concept to B Dent who made the logo. Proceeding this, the brand ‘Geek On This’ was formed.

Nique the Geek started music young. Since the age of 6 years old, when he was ‘Lil Nique’ mirroring his favorite rap artist at the time: Lil Wayne. His sister, who’s also a “music geek” always showed him new music. At age 14, Nique got his first real concept of the industry when he, along with Ben G and Jesse LeProtti, performed at Coyote Joe’s. After the show, Ben G told Nique that there was somebody who wanted to buy the rights to one of his hooks. They made a business arrangement, and he sold it.

On a local scale, Nique admires: Speaker Knockerz, Ben G, Jesse LeProtti, and Supah Mario, and on the nationwide scale: Kanye West, Lil Wayne, Drake, J Cole, and Andre 3000. In the next six months, Nique the Geek says to expect 2-3 new mixtapes, acquire a Pandora channel, and get on MyMixtapes with Lucky Leon. He adds, “For those who purchase my beats, expect top quality material from here on out – not that I haven’t put in effort until now, but no more samples or basic sounds. Music is only as excellent as its’ originality.” In the next year, he wants to work with PGE Gang, Blocko Da Kid, and Field Mob.

Seth Godin said, “Following instructions is overrated”. This is relative quote; because Nique the Geek’s sound is a homegrown sound; it’s organic in that he is the one that produced all of his own instrumentals. His lyrics creatively coordinate with his sounds to induce a somewhat somber tone while providing a lyrical spectrum that’s relevant to real world situations.

He considers a flaw in the local hip hop industry to be that artists run in circles: “We’re oldschool, waiting to be discovered; I know the game — record a few songs, release a mixtape on DatPiff or SoundCloud or by throwing a couple hundred hard copies out in the hood. Artists have got to realize nobody is going to happen to hear their tapes and sign them to a multi-million dollar record label. That’s not how it works. They’re only looking for brands that have already proven to make profits financially and socially. My suggestion is let everything happen gradually; take time to make music, music. Take time to create a fan base. Make sure you don’t cut corners and forget to not copyright your material. Learn the business of your music.”

Tags: Geek on This Nique the Geek 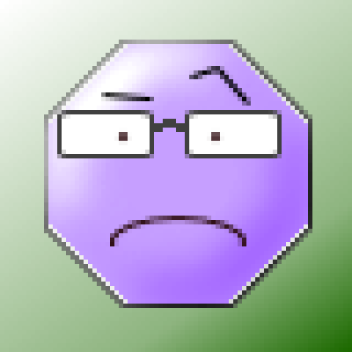