When most people think about music and SXSW, the various performances and showcases are what come to mind. People should know though that SXSW has much more to offer than a traditional music festival with its extensive programming of keynotes, sessions, and panels featuring key figures in the music industry. Check out some of our favorite music panels we attended this year at SXSW.

Superchunk’s Laura Ballance and Mac McCaughan sat down with writer Austin Kleon, author of Steal Like an Artist. Ballance and McCaughan not only are the co-founders of Superchunk, but also co-founded Merge Records. The conversation spanned from their newest record What a Time to Be Alive to Ballance questioning if the “triangle” in NC is isosceles to parenthood. Kleon asked the North Carolinians why they didn’t leave North Carolina when they had the chance in the 1990s, to which the pair talked about their connection to the NC community and their desire to stay to help create a music community.

Nardwuar the Human Serviette brought his video vault to the Austin Convention Center this SXSW. As soon as you entered the ballroom, bright yellow Nardwuar pins reading “Doot doola doot! doo!” Before the session even began, a large line formed in front of the stage with audience members eager to get a photo with Nardwuar. The session was filled with old Nardwuar videos and Nardwuar handing out record to the audience. I was lucky enough to receive a special Young Gotti album, as pictured above. The energy and spunk that is felt in Nardwuar’s videos was only heightened during his Video Vault at SXSW.

Pixies’ bassist and Breeders’ vocalist Kim Deal sat down with legendary studio engineer Steve Albini for a conversation in front of a packed crowd. The conversation, led by Albini, tracked Deal’s music career over the past thirty years. This proved difficult within the hour time constraint of the session. Deal did manage to squeeze in some questions of her own for Albini. Notably nearing the end of the hour what his “walk-out” song would be to which he responded “Hospital” by Modern Lovers.

Tales from the Frontline of Music Supervision w/ Randall Poster 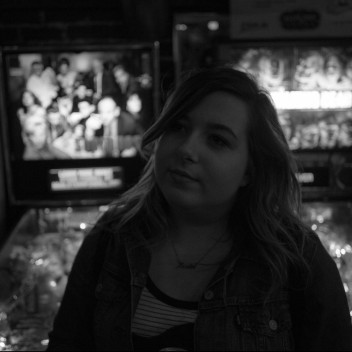 View all posts by Leslie Leonard