If you’re looking for something to do on Friday that doesn’t involve sitting around and waiting for a hurricane to come through South Carolina, go check out Rainbow Kitten Surprise and Sun Seeker at The Senate. For $22.50 in advance, $25 at the door, you can see these two southeastern-native bands before they go on tour. Sun Seeker, an indie pop band that has captured “retro with a twang,” chatted with Scene SC about their new single release, successes, and plans for the future.

In the past couple years, Sun Seeker has been transitioning from a local scene to a broader, national audience – how does it feel experiencing this progress and watching yourselves expand at a fairly rapid pace?

It’s pretty wild just to be able to go on tour and play to anybody at all. The fact that there are people that we don’t know who give a shit about what we are doing is a big ole blessing indeed. That being said we work our lil tails off and recognize every day when we are on tour how lucky we are.

You guys have gotten really popular in big cities like Chicago, Los Angeles, and New York City – were you going for a particular genre when getting a band together, and did you think it would draw such attraction from these regions?

Honestly, I think we just have a bunch of friends in these cities and they probably wear our shirt and put our music on in whatever coffee shop they work in. We never really had a genre in mind, nor do we even know now what we are trying to sound like, but I think it makes sense that our music does well where a bunch of young weirdos live.

You guys just released a single called “Night’s Alright” on the seventh! I really love that it shows off the style of retro-indie rock with a twang, which is your coined genre. Is there anything else you guys are working on that listeners should look out for?

Oh so many tunes to be on the lookout for. We have some surprises to come in the coming weeks and a full length that we just recorded throughout August with our main man Pat Sansone behind the faders. If you give our socials a lil follow you’ll be the first to find out.

I know South Carolina isn’t home for Sun Seeker, but it’s got the southern charm you guys might be familiar with – after touring all sorts of regions and cultures throughout the US, is there anything you look forward to when heading to cities like Columbia?

Usually small cities like Columbia are where the most interesting things happen. I do a lot of thrifting and I’ve found that small cities have the best cheap threads. We are just looking forward to getting a little tipsy at the show and sharing stories and making pals.

It gives us some insight on how to properly put together a big production and relate it to the audience. We have played with RKS before and they’re also just a great hang. It’s good to see bands get really big and find success but not become assholes. That’s what we hope to do. Not become assholes.

Are there any favorites that the band likes to perform that we should look out for at the show Friday?

Well we will definitely be playing Night’s Alright (our newest single in the whole wide world) and also a whole bunch of new tunes that we have been working on for a while now. 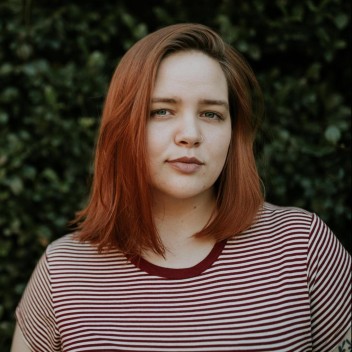