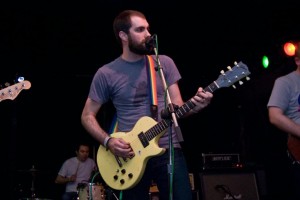 Ben Walker has released a sort of sampler on BandCamp, with three songs including two Ben Walker Radio songs and a Rejectioneers song.

In our upcoming interview with Walker he said that releasing these songs wasÂ  “way past due” and that “these songs should have been in the hands of our fans years ago.”

The Rejectioneers song “Get So Mad” was also featured on the Scene SC 20TEN sampler.

The songs are pay what you want, so pay over 10 dollars, or pay a dollar a song, or just download them for free and give them to all of your friends.