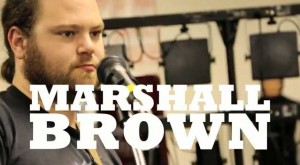 Brown has been on the singer songwriter circuit since reemerging onto the music scene after some time off after his previous band The Reverie went on hiatus.Â  During that time off, Brown recorded his latest album New Moons.Â  While his follow up is well on its way, the set Wednesday night will focus on New Moons and will be the first time the album has been performed full band.