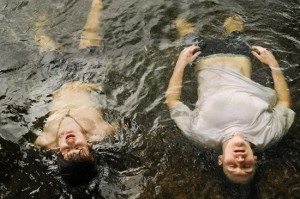 WUSC’s Zombie Walk will start at Russell House at 4:00 PM and make it’s way down Green Street to El Burrito where they will greeted by the music of Those Lavender Whales, The Front Bottoms and Marshall Brown.

The Front Bottoms based out of New Jersey are out supporting their debut self titled full length on Bar None Records. The acoustic guitar drum duo can’t be nailed down with one word or genre, but hammer out acoustic songs about everyday life growing up in Jersey.Â  We reviewed their album here, so check that out and Free Times has a great write up of them here, so check that out too. 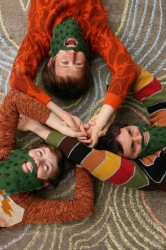 Who is that masked band?Â  It’s Those Lavender Whales and the Fork and Spoon trio play some of the most delightful music made in Columbia.Â  The masked man behind TLW is Aaron Graves who writes quirky pop songs and is currently finishing up their 2012 release Tomahawk of Praise.Â  The Fork and Spoon crew filmed a video for a new song earlier this week at their HQ, so be on the lookout for it soon.

After his former band The Reverie called it quits Marshall Brown took some time off from the music scene to focus on his self recorded solo album.Â  Since the release of New Moons Brown has performed live more than ever before both solo and with his live band, which he will have with him Saturday. Brown’s voice is soaring and his retro songs can be as serious as they can be quirky.