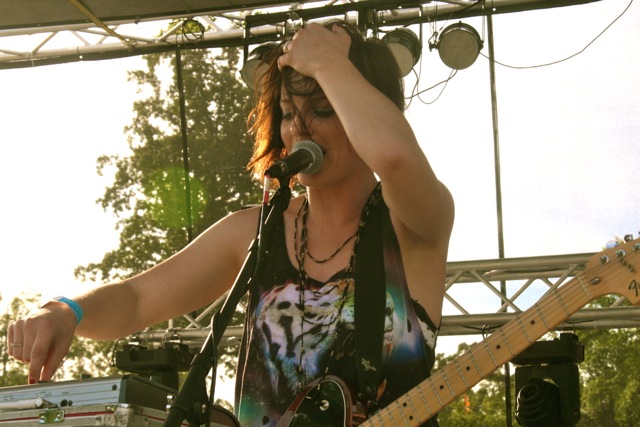 Clemson’s WSBF Spring Fest seemed to be under control Friday afternoon before Today The Moon, Tomorrow The Sun hit the stage. Frisbees were flying around, everyone was lounging in the grass enjoying the weather, until about half way through their set something sparked and the crowd moved closer to the stage and started dancing. It’s not like the crowd wasn’t into it before, they were all attentive, most standing 10 feet off the stage. It usually just takes a small group of people to really get into it, to show everyone else that it’s alright to express what the music is making them feel.

TTM,TTS has this boundless energy in their live show that shows itself in different ways in different venues. We caught their set at Cheer Up Charlie’s in Austin earlier this year where their show was sweaty, shoulder to shoulder, and had 200 people packed inside a mostly outdoor bar. Members of Junior Astronomers and Moonlight Bride were totally into it and that energy just spread to the people who go to SXSW to find new music.