On Tuesday, May 15, I had the opportunity to see one of my favorite artists live in Nashville, Gregory Alan Isakov.Â Originally from South Africa, Isakov now lives in Colorado. This is only the second time he’s been to Nashville, which is the closest he’s been to South Carolina, so the show was a once in a lifetime deal. Isakov played at 12th & Porter, a smaller venue downtown [250-300].

Opening for Gregory Alan Isakov wasÂ Rayland Baxter. It was the first time I’d heard of him, and I was completely blown away. Since being in Nashville, the level of talented musicians I see every night is astounding. 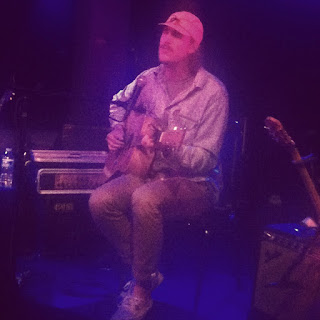 Baxter was no different. A native of Nashville, Baxter played a set with the help ofÂ Natalie PrassÂ andÂ Kristin Weber. Prass played a beautiful hollow-body Epiphone through a Vox amp, while Weber played the violin. As they started to play, immediately the crowd was taken back by the harmonies between the three. One of my favorites from the set,Â Willie’s Song,Â can be heard on Baxter’s bandcamp. It was also refreshing to hear a musician with some stage presence, as Baxter’s humor kept the crowd entertained during tuning breaks.

Make sure you check out Rayland, when he plays inÂ Myrtle Beach at the House of Blues with Grace Potter and the Nocturnals. That show is June 21.Â 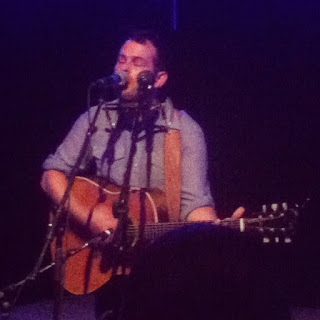 Following Rayland Baxter was the headlining act ofÂ Gregory Alan Isakov. His set was unbelievable. One of my favorite things about Isakov is the fact that he uses a microphone that makes his voice sound like it’s coming out of an old radio. This use of this mic paired really nicely with his americana-folk sound. Playing with Isakov was twoÂ gentleman, one of which played violin and mandolin, while the other played cello.

Isakov’s harmonies with the two gentleman were absolutely perfect. After playing a couple of new songs from a new album Isakov called, “very bruce springstreet-like”, he went on to play some fan favorites.Â Stable SongÂ andÂ EvelynÂ were played with a different twist from the album. To finish out the beautiful hour set, Isakov playedÂ Master and Hound.Â

There couldn’t be a better end to the wonderful night of americana music.