MewithoutYou, Imaginary Cities, and Buried Beds at the Music Farm 5/20/12

by Hilibofas
in Photos, Show Journal
0 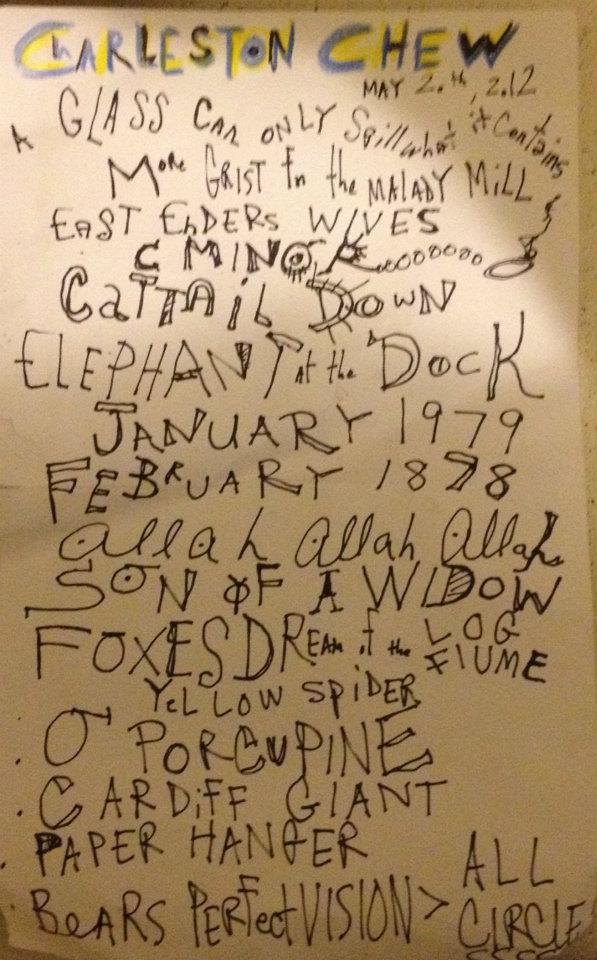 My friend Jai had the pleasure of attending the show with me at The Music Farm. Jai and I have gotten a chance to attend several shows together recently and I think this one blew Jai’s mind on a small-scale. The bigger scale was blown by Jay-Z and Kanye West’s Watch the Throne Tour but that’s another show review all together.

The show started off with Imaginary Cites. I confess I do not know much about this band but I enjoyed what they were getting at. They played a great set that sounded tight and polished. The only way I could describe them is a She & Him song, with the smarts of the band Rilo Kiley. The one song I did know was a cover of the song “Mexico” by Cake. I don’t think anyone in the room knew the song but they did a great job of putting their spin on it. I will be checking this band out more and I think you should as well. 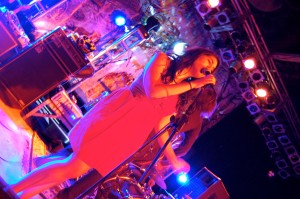 The second band of the evening was Buried Beds. I mentioned on twitter they sounded what I thought pretty ghosts would sound like and I don’t think there is any other way to describe them. Besides making me a fan, the thing that amazed me about this band is they all played some part of the drum. Through out the set they would sync up and beat on a drum near them and they were amazing at that. The highlights from their great set for me were “Widows Cup”, “Wolf Confessor”, and the finally, “1000 Acres”, that is a part of their film/EP Small Stories. You can watch the film here. 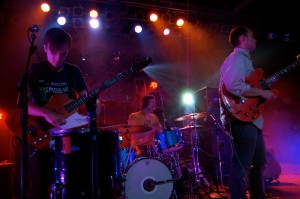 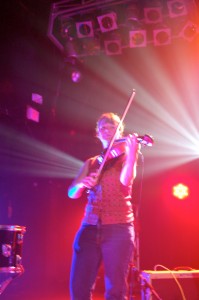 The final band that played the evening was MewithoutYOU. I don’t think you will ever meet someone at a MewithoutYou show that says “I really hope they don’t play anything from “A to B Life” during their set tonight!” Everyone seems to be a fan from when they started. You have the kids who loved them when they would tour with Norma Jean and play hardcore shows and then you have the fans that have grown with MewithoutYOU. That’s what I like about the band. Every time they release an album you are going to see some sort of growth along with some sort of alienation of older fans who want them to go back to the way they were. I don’t think we will see that with these guys and once you accept that you can enjoy them. They have only gotten better with age and you can see that. They played through their set with songs spanning from every release including their newest “Ten Stories”. Their set was almost flawless besides the kids in the front row stealing Aaron’s tambourine as he set it down to do many of his instrument changes. MewithoutYou is a band that you must see at least once in your life to understand Jai’s statement from earlier. The set highlights for me included:Â  Elephant at the Dock, January 1978, O’ Porcupine, and Paper Hanger. 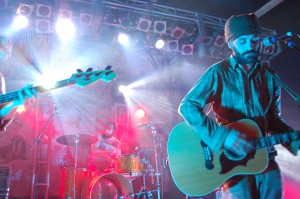 This was a great show and I really enjoyed getting a chance to go. I think if you get a chance you should check out all of the bands that played the bill if they come to a a venue near you.