In an attempt to further recognize the achievements and ability of bands from the southeast, SceneSC will beÂ starting a new monthly series called SceneSC’s Band of the Month. When David and I started talking aboutÂ the idea and decided that July would be the first month, we couldn’t think of a more deserving band than CherryCase.

The beginning of July will mark the one year anniversary that CherryCase has moved away from their birthplace of South Carolina. It seems only fitting that the guys will return to Columbia on July 13th, part of their east coast tour to promote their new EP and music video. I sat down with Jake Etheridge, frontman of CherryCase, to talk more about their plans:

SCENESC: First, Let me start by saying congratulations on all of the exciting stuff you guys have going on.

J: “Thanks so much man! Really excited about all of it.”

SC: So we have to start with the question SceneSC asks in every interview…What is your spirit animal?

J: “Ahh haha. Man…I’m not sure. The only thing that keeps popping into my head is Chris Gee calling me an Easter Bunny. He used to play bass for us, but when we were kids he used to call me that all the time. So I guess a rabbit? or bunny?”

SC: How have things changed for the band since moving to Nashville?

J: “Everything has changed. I used to be so uptight about CherryCase and who was in the band. Now I’ve realized that CherryCase is more of a sound and personality. For example, for the next three shows we have three different guitar players playing. I’ve also co-written a lot more, something I never would have done in the past. I guess that’s just the Nashville mentality rubbing off on us.”

SC: Real manly… so tell me about this upcoming EP. Who recorded it? How long has it been in the works?

J: “The EP is called Think of Me. It started back when I first started making road trips up to Nashville, which was about a year ago. On one of the trips Rob Crosby & Rose FalconÂ and I co-wrote “Think of Me”, which I guess was the start of the EP. While we were still in Columbia, we started to record with Charlie Jackson, and then Taylor Bray from Maple Studios mastered the album. TheÂ combination of those two came out with a real solid sound.”
—-

SC: I hear you guys have a big music video coming out in mid-July for a song. What can you tell me about that?Â

J: “The “War Song” video was an awesome project…so much fun to do. The same guys that did the music video for “If You Go”, did this video.Â Fisher Films, which is Stephen Fisher, Daniel Fisher and Durham Harrison, were awesome to work with. They had a huge crew too that were all really nice guys. We raised all the money to fund the video via our Kickstarter campaign, which ended up getting us $4,000. The video took us twenty one hours of shooting over two days in Lexington, SC and Camden, SC. One day we woke up at 5am and shot until 9pm at Historic Camden. It was exhausting. I need to give a big shout out toÂ Historic CamdenÂ and Joanna Craig for helping us get some awesome shots in Camden. The finished video is coming outÂ July 14Â when we playing at Camden’sÂ Jammin’ in July Music Festival. The video should be available on youtube later that night.”

SC: So you guys are doing a tour this summer also right? Where are you guys headed?

J: “We are going on an eleven-day tour that takes us from Nashville, down to Columbia, and then all the way up to New York City. It’s going to be awesome.”

SC: What are you most excited about tour? Least excited?

J: “To be honest, I’m really excited about our Columbia date. I love coming home and playing for friends and family. We also get to play with Steven Fiore and Emily McCollum (Stagbriar). On top of all that, Danny Morris and Paul Brazell will be touring with us for the summer which is going to be great. Love both of those guys. Least excited…probably potentially seeing Taylor’s naked self every morning.”

SC: Give me some more info on that Columbia show…

SC: What can we expect from CherryCase in the future? Anything big on the horizon?

J: “We’ve got a great single coming out soon that we did at Maple Studios. It’s called “I Could Be Your One”. Hopefully we’ll have a couple good acoustic tracks coming out. And more shows of course!”

Thanks to Jake and CherryCase, SceneSC is the only place you can hear two of the songs from the EP in their entirety. Below are “Jackson” and “Sleep” from the upcoming album. Make sure to check them out and be at their CD Release show on July 13th! 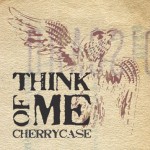 *SceneSC’s Band of the Month is a new and upcoming series aimed at highlighting the best bands from the southeast. If you are in a band or know of a band that deserves some positive press, feel free to email me at bdesseyn7@gmail.com. Any suggestions are welcome. (except bad ones. i will punch you in the throat.)