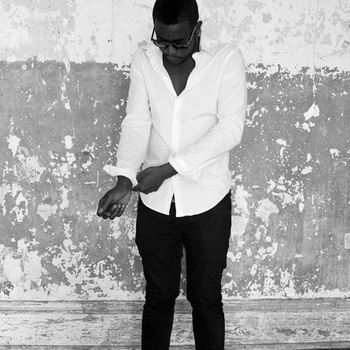 As the summer was beginning, an era in local music was coming to an end. On May 31, All Get Out announced that two of it’s members, Mike Rogers and Mel Washington, were parting ways with the band. This was shocking news to many, including myself, as All Get Out was coming off a huge tour with La Dispute and Balance and Composure. Nathan and Gordon, members of All Get Out, wasted no time continuing their recent success. No more than two weeks later, their Favorite Gentleman headlining tour was announced, a Daytrotter session was released, and a new single, “Inclinations” was released. Equally as swift was the re-emergence of Mel Washington as a solo artist.

On September 9, Columbia welcomes Mel Washington back to the music scene. After years of touring with All Get Out, Washington will be reverting to his solo roots, a practice of his that dates back to early 2001. In 2007, Washington became spotlighted in the local music scene with the release of his EP “.red“. Taking into account the quality of past records and years of growth as a musician, Mel’s new material will not disappoint. He’s already released one song, “Roar“, which has a electronic-folk sound to it, reminiscent of a Switchfoot/Acceptance combination. The track can be heard here: melwashington.bandcamp.com

Joining Washington will be Ocean Is Theory, a indie-rock band hailing from Atlanta, GA. Ocean Is Theory has been around for a number of years, and always puts on a good show. I most recently saw them in Nashville, TN at Rocketown, where they captivated the audience with outstanding vocals.

Opening the show will be two local bands,Â roysonÂ and The Lion In Winter. royson, named after frontman Will Royson, combines gritty vocals with slightly overdriven guitars to bring a solid sound. Royson’s lyrics always dive deeper, with questions about faith, God, and relationships. If you are a fan of Manchester Orchestra, you’ll love these guys. The Lion In Winter is the other band opening the show. This may be one of the last times you’ll get to see them, as they’ve recently announced their split. To hear these two bands, check out: royson.bandcamp.comÂ & www.facebook.com/thelioninwinter