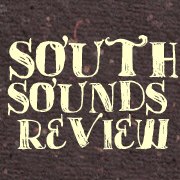 Over the last couple of years we’ve considered expanding, but we’ve never figured out the right way without spreading ourselves too thin. We tried to expand to the upstate with SceneSCUpstate, but that was mostly a failure. We flirted with the idea of starting a network of “Scene” websites, like SceneNC for North Carolina, but again, it just wasn’t going to happen anytime soon. So, then we had the idea to start the “Southern Scene” and cover music from across the Southeast. This one is attainable, but throwing away SceneSC after four years wasn’t an option. I did make a promise when I started the website that we would never shut down. I’ll always stick by that promise, because we’re never going anywhere.

Then the fine folks from the Alabama site Mod Mobilian reached out to us about a new website they’re behind called South Sounds Review. A site that pulls some of the finest websites from across the Southeast into one, creating a network of like-minded sites. Most of the websites we were already familiar with and respected very much. We’ve been huge fans of Country Fried Rock for a good while now, and always enjoy listening to their podcasts, so being slotted beside them under the South Carolina banner on South Sounds Review is an honor.

What they’ve created at South Sounds Review is a single website for news and promotion for touring bands, labels, and festivals. What does it mean for SceneSC? It simply means that they’ll syndicate some of our feature posts to a broader audience. In the bigger picture it means more than that to us. We’re excited to be a part of something larger. A family of websites that promote music because it’s what they love to do. The way we look at it is, anything we can do to share South Carolina music with a larger audience is an opportunity that we’ll take. Because we don’t care so much about hits, or followers, or fans, or likes, but we do care about sharing some of the great homegrown talent we have here with as many people as possible.