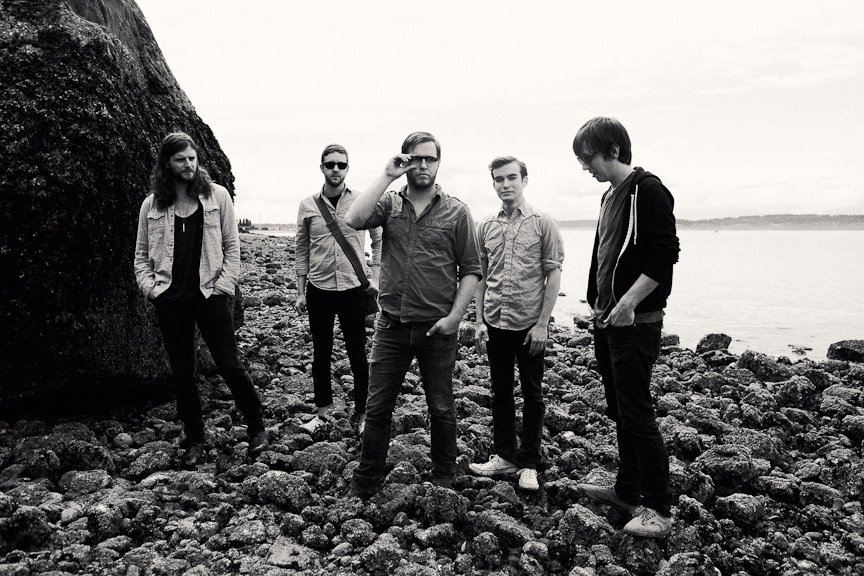 On Tuesday, March 5th, indie-rockers The RocketboysÂ return to Columbia, where their energetic live shows have developed a promising following. Joining them will be fellow-texas rockers Mike Mains and the Branches, Nashville-natives Dinner and a Suit, and local favorites Ned Durrett & The Kindly Gents. Each band brings a different sound that is all united under the driving, distorted guitars that are common in indie-rock. Each band has achieved relative success, but are all able to break out in the next year or so. Not only will the music at this show be phenomenal, but the attire will also be fantastic; a bowtie usually hangs from Mike Mains’ neck, which means Ned Durrett will finally have competition for who looks better in the tie.

I got the chance to chat with Brandon Kinder, lead singer of The Rocketboys about the tour and sex dungeons. Read up, listen to the bands, and come to the show!

SCENESC: How is touring going so far? What is your favorite show you’ve played?

BRANDON: “Tours been going really great. We’ve been having a ton of fun with both of the bands we are out with. We didn’t really know them before tour, so it’s been great to hang out and make new friends. We played in New York the last two nights, and it’s always a ton of fun to play there. We’ve all got friends there so its great to seem them and hang out.”

SCENESC: Tour pranks are pretty common, any funny stories from your tour so far? Who is the best?

BRANDON: “Well, the guitar play of Dinner and a Suit is always lying about stuff, and trying to pull the wool over our eyes. So this one time we were at the house we were staying at and he came up to us and said “don’t go in the basement, there is a sex dungeon down there.” We didn’t believe him, so we went down there…it was a nice basement, but we didn’t see anything weird. We came back up and called him out and he said, “did you guys walk through the door at the end?”. We went back and sure enough, there was a legitimate sex dungeon. Not anything really dark, but it was still pretty creepy.Â

SCENESC: What’s the best place you’ve eaten on the road?

BRANDON: “I think it’s different for everyone, but for me, it was this random place in Boston that had the best mac n’ cheese I’ve ever had.”

SCENESC: If you could personally elect someone from the tour to be the new Pope, who would you choose?

BRANDON: “I’d probably say the singer of Mike Mains and the Branches. He seems pretty harmless.”

SCENESC: You guys are playing at SXSW as part of Candyshop Mgmt’s showcase right? Any band you are excited about seeing?

BRANDON: “Yeah! We’ve actually got a nice couple days planned during SXSW. We aren’t excited about any particular band, but it’s always nice to see your friends you tour with around the country come to your hometown. Everyone is in one place at once and we get the chance to show them our hometown (Austin), and hang out with everyone.”

SCENESC: What’s on the horizon for The Rocketboys? Anything we should be on the lookout for?

BRANDON: “We started filming a new music video the other day in New York, which we plan to finish in the next two weeks and release in about a month or so. We are starting work on a new full-length once we get home too. Oh, and there is a pretty good chance we sign with Sex Dungeon Records.”Â