by David Stringer
in New Music
0 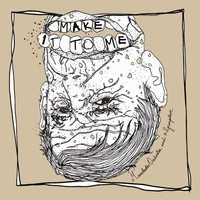 With Record Store Day on the horizon we’re on the verge of hearing a lot of new music, with tons of special releases planned for April 20.

Among those is a collaborative 12 inch single with Manchester Orchestra teaming up with Frightened Rabbit for one song and Grouplove for the another.

“We wanted to release some sort of 12-inch for Record Store Day, but we had no idea how it would come about, or with whom we could trick into doing it with us,” said Manchester Orchestra’s Andy Hull. “I sent a text to the first two bands we wanted to work with and they said yes. Being friends with both Grouplove and Frightened Rabbit, we decided instead of doing a split, we’d make it a full on collaboration.”

“This is our way of putting some Manchester Love on some Group Orchestra,” added Grouplove’s Hannah Hooper, who helped design the release’s artwork. Manchester Orchestra’s Chris Freeman also contributed to the artwork.

Back in November of 2012 Grouplove did a special acoustic set at The Stuffing, an annual concert put on by Manchester Orchestra the night before Thanksgiving. Their song for the record store day single is a barebones rock tune, similar to Manchester Orchestra, with the big difference being the deep bending keyboard part introduced as a prechorus and then dropped again as the outro.

The song with Frightened Rabbit “Architect” is a sad little song written back and forth through iPhone voice memos between singers Scott Hutchison and Andy Hull. This is the song that many longtime Mancester Orchestra fans will fall in love with, similar to Hull’s solo material.