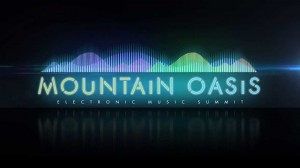 Mountain Oasis Electronic Music Summit, the continuation of AC Entertainment’s electronic hinged Asheville music festival, has finalized its lineup for this years event and…..wow. Â This is one of the most diverse lineups I have ever seen. Â Take a look at the Friday bill, read from the top: Â Bassnectar, Neutral Milk Hotel, Deltron 3030 and Tricky. Â WHAT? Â Trent Reznor is on here TWICE. Â Not to mention new UK golden boys Disclosure. Â Lets run through some highlights while I try to keep my composure.

If you don’t know Deltron, you should probably know Deltron. Â Del the Funky Homosapien (remember the guy from the Gorillaz track “Clint Eastwood” ?), Dan the Automater and Kid Koala came together thirteen years ago to make a dystopian sci-fi odessey of a hip hop album, and then…nothing. Â Rumors of new material, nothing concrete and life went on. Â But now they’re back, with a new album on the horizon and a string of shows announced. Â My most anticipated show.

The 21 year old producer out of Montreal makes house music with a heavy R&B tilt. Â Remixes of Radiohead and Jimmy Edgar, as well as a slick collaboration with How To Dress Well already under his belt, his profile continues to grow.

Another group returning to the scene after an extended hiatus, Godspeed are a post rock band, so epic goes without saying. Â In this case, it bears repeating. Â Their live performance can involve as many as fourteen musicians, all while clips of black and white films project behind them. Â Their latest record,Â ALLELUJAH! DON’T BEND! ASCEND!Â was released to much acclaim.

The Bug, one of many musical aliases of London based Kevin Martin, bring a blend of Dance Hall, Grime, Dubstep and Hip Hop to the table. Â Always aggressive while also echoing dub-raggae, Martin has worked with a wide range of artists, most recently Danny Brown. Â His first full length album since 2008’s seminal London Zoo is due sometime in the near future, with a string of 7″ singles to be released in advance, including a supposed Death Grips collab (!!!!!!!!!!!!!!!!!!!!!!)

The Rinse.FM mainstay has evolved through a number of genres, always at the forefront of the UK Bass scene. Â House and Garage are the flavor of the moment, and Williams’ take on the sound is sure to get bodies moving.

The full lineup (arranged by day) can be found here.

Freeway Music Festival at the Heart of the Scene