Do you remember Halloween Specials on family sitcoms when you were younger? Â My favorite was always Growing Pains. Â One time they had one where the urban legend of the girl ghost on the side of the road situation REALLY happened to Mike. Â Oh man, that was the best. Â If you were born after 1992, you may have no idea what I’m talking about. Â This might sound crazy, but Robin Thicke’s dad was a TV sitcom dad in the late 80s. Â It’s legit. Â Wiki that. Â Since there’s not really any good sitcom’s going around right now I’m getting into the spirit with Spotify. 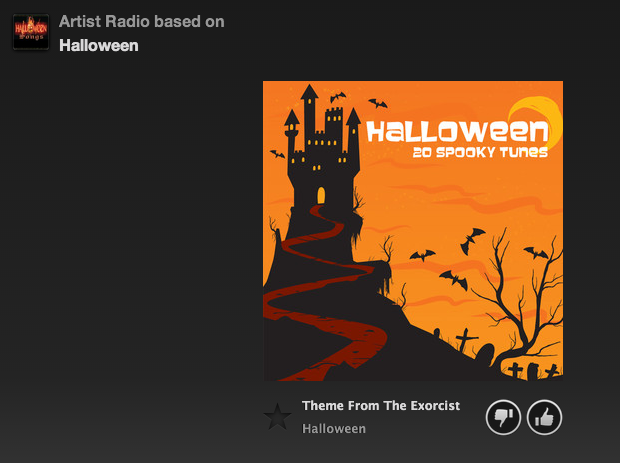 I’m pretty sure I’m freaking out every single person in my office, but eh, what else is new. Â At least we don’t work at Terrapin: 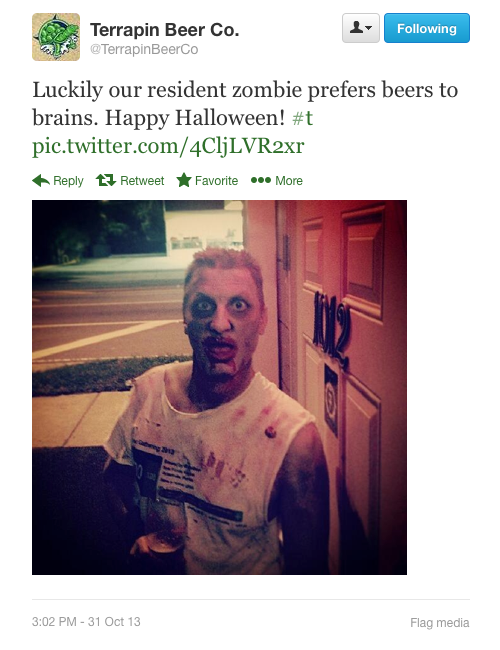 If that homecat worked with me, I would legit call in sick. Â Not because he’s scary, but because he’d drink all my beer. Â And beer is important to adult Halloween: 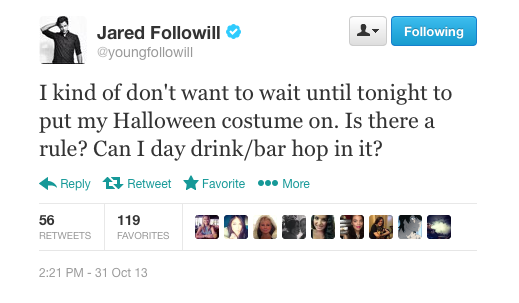 I should’ve taken the day off to day drink. Â What the hell is wrong with me? I never thought about this being an adult holiday where we all take the day off and belly up to the bar dressed up as Power Puff Girls and Kardashians! Â Can we all do that next year? Â I feel totally jipped now, but Â at least someone is offering up some treats for me and you: 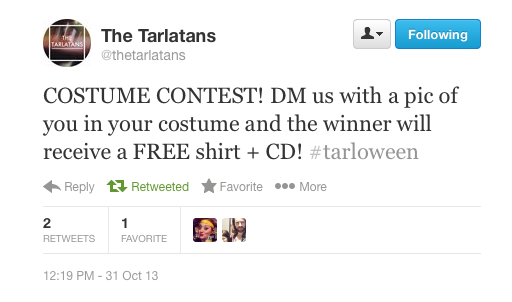 Def gonna get up on this when I put on my costume tonight. Â I’ve already been Joan from Mad Men this week, next up is Minnie Mouse. Â Except I’m a thrift shop version with gloves from Kmart and yellow duck boots. Â But whatevs, everyone’s gonna be drunk anyways, I’ll look fab. Â Speaking of looking fab, check out my boy Miller: 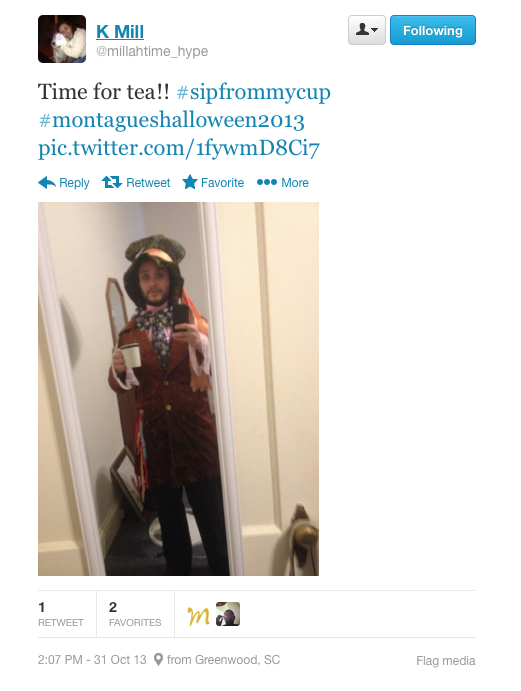 Oh, I’mma sip from your cup guuuurrrlll. Â Where you gon’ be tonight? Â I am handing out candy to strange children at a friend’s house. Â I avoid children because they carry things like stomach viruses and pink eye. Â I expect to have full on bubonic plague by sunrise. Â  Â Still need a costume? Â So does Bill Murray’s son. Â Let’s pray he doesn’t do what I think he’s about to do: 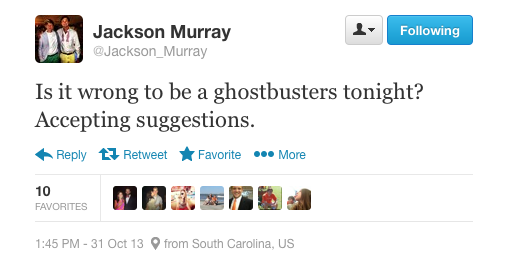 I went to twitter for help for the poor kid: 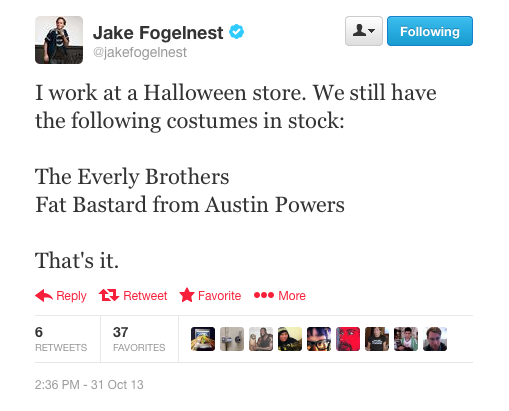 Go with the Everly Brothers. Â Like be both of them at once. Â Like a two-headed pompadour’ed jackass. Â It’s way better than the cliche “I’m dressed as my dad” costume. Â NO ONE WILL EVER BE AS COOL AS BILL MURRAY, DEAL WITH IT. Â I need to calm my rage a bit, so this was right on time: 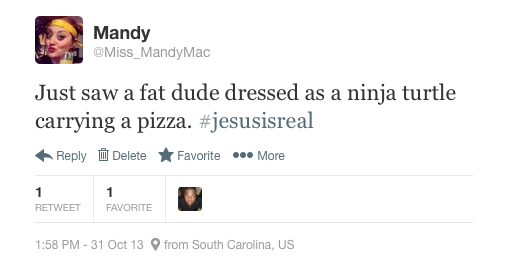 We want to see what all you gals and ghouls think is ironic/topical/cute this year, so tweet @SceneSC ya costume pics. Â You probably won’t win anything, but we WILL laugh at your expense. Â Moments like that are priceless…for us at least. Â Be safe and don’t eat any apples with razorblades in them.