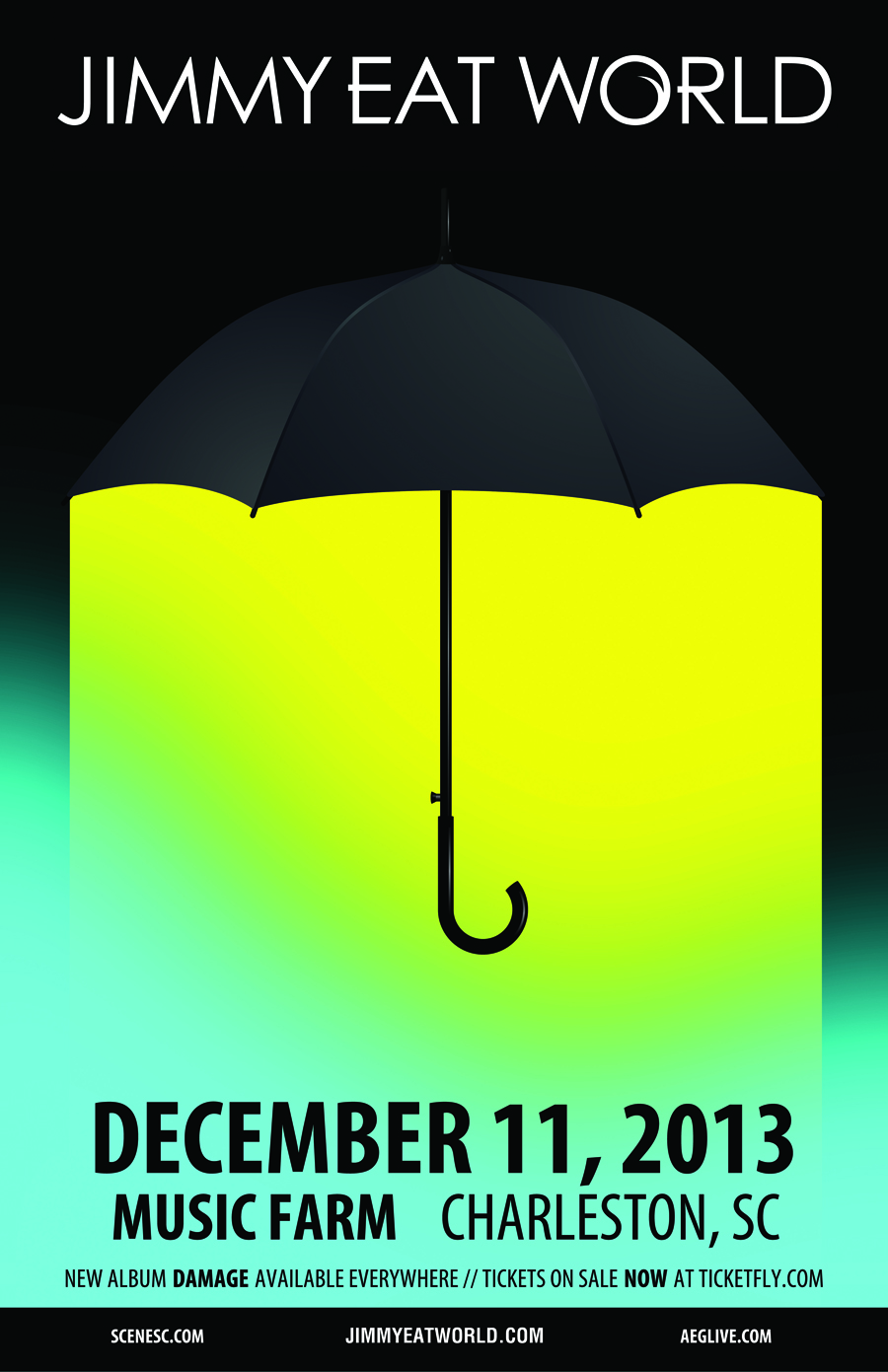 Wrap your heard around this, the band Jimmy Eat World is 20 years old. They seem to have transcended aging inÂ many ways, staying cool with the college crowd, seen by some as heroes, without becoming dated or washed up with their oldest fans. It’s even more amazing that they’ve done this in the “emo” genre, where bands often sound extremely dated and whiney. While many fans reference their 1999 album Clarity as their favorite album, the bands 2001 release Bleed American put them on the charts, and in the living rooms of teenagers across America. While that album’s become iconic, and a symbol of alternative music of a generation, the follow-up albums haven’t let down. In fact, those two albums might have some of their best songs in “23” and “Big Casino”.

In June they released their newest album Damage which doesn’t disappoint and is as powerful as ever. It seems to have come out to less fanfare, but I blame that on the changing landscape of the music industry and the media cycle. Though, their last two albums have been missing that big single that creeps into your life. Still, their live show draws deep on their 20 year catalog keeping fans of all generations happy.

Winner will be contacted via email on 12/8

Catching Up With The Madmen