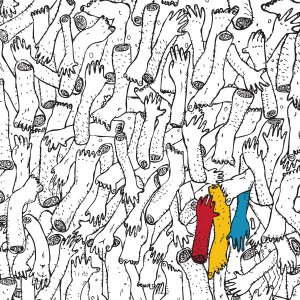 Relatively new to the South Carolina music scene, Art Contest have dropped the first single “Banana Boat” from their release Math Major due out in January 2014. Although they’ve played a couple of solid shows from what I hear, they weren’t officially a band until three days ago, because you’re not really a band anymore until you have a Facebook page. Shhhh no one say that to RVIVR. Art Contest edge into math rock territory that seems to be popping up more and more these days in the underground indie rock world. Maybe it’s just me, but in the last week I’ve been listening hard to two young bands from the north named Gulfer and Legs Like Tree TrunksÂ and local instrumental band Trees on Mars. Those bands put their angular guitar parts on display, although they feature more tapping on the neck strings than Art Contest.

“Banana Boat” is lyrically minimal as you can see and hear on the bandcamp, focusing more on fluttering running clean guitars and soft loud dynamics. A great start for a band that will find a comfortable home in a growing niche. They’d pair nicely with angular up and coming bands like Small Sanctions and the previously mention Trees on Mars, although their less on the indie side.