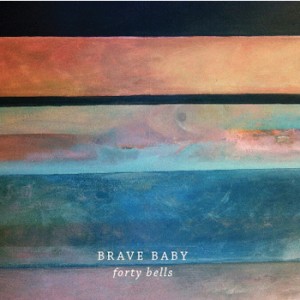 Any self-respecting Charlestonian has graced their ears with Brave Baby’s first LP. With this release, they’ve come into their own as a band and are adding to their already loyal following of friends and local music lovers. They’ve risen the ranks of local music steadily this year, thanks to an album of songs that recapture the nostalgia of days past and remind us all to enjoy our youth before life’s responsibilities catch up to us. Every Brave Baby show I’ve been to turns into a dance party, and more and more people are making an effort to see them as time goes on. Whether it’s in the bittersweet nostalgia of “Granddad,” the foreboding of “Living in a Country,” or “Lakeside Trust,” the anthem of frustrated youth, anyone can find significance in this album. – Emily Haney 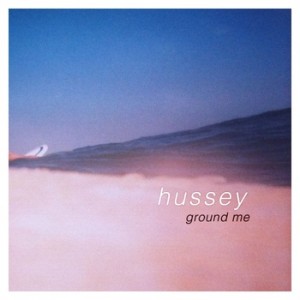 After touring for seemingly the past 5 years with his band All Get Out, frontman Nathan Hussey decided to try his hand at a solo record. Built with 10 songs written on the road, these aren’t All Get Out b-sides, just songs that didn’t fit into that aggressive mold. These songs tell the story of his life, even how he met his future bride, but also mark the first time Hussey has written from another’s perspective. This album is just beginning of a slew of releases from Hussey and crew coming in 2014. Ground Me tested the waters and liked the way it felt. Â -DS 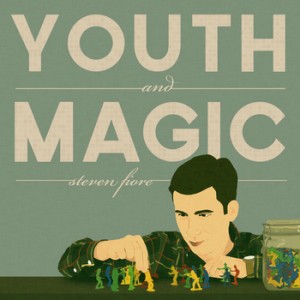 After what felt like decades of anticipation, Steven Fiore finally released Youth and Magic, a collection of songs he wrote over the past few years chronicling stories of love, longing, and ignorant bliss–all things that make youth and magic one and the same. Fiore shows off his way with mood setting with this record, taking it from romantic to rompish to whimsical in the span of ten songs. With his Justin Vernon/Kristian Matsson hybrid vocals, the romantic overtones of this album make it a winner. Fiore successfully balances romance with drama without making it nauseating to listen to, and instead creates songs that leave you eager to press the replay button. -Emily Haney 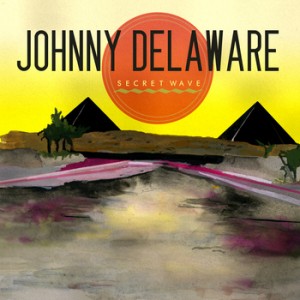 Johnny Delaware wasn’t even on our map at this time last year, but the South Dakota native made Charleston his home and quickly meshed with a great crew of musicians in the Holy City. Secret WaveÂ follows his journey around the States, with dusky western slow burners beside upbeat coastal pop songs. The album is built on moods and personal moments, telling the story of Delaware’s well traveled 26-year-young life. This album is Americana in its truest sense, not that gimmicky shit that’s spewing out of Nashville. -DS 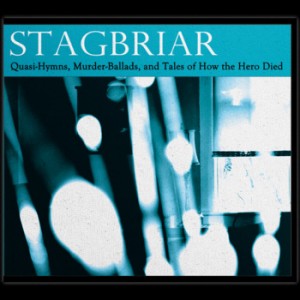 5) Stagbriar–Quasi Hymns, Murder-Ballads, and Tales of How the Hero Died

Stagbriar has made a name for themselves in Soda City with their 2013 release Quasi-Hymns, Murder-Ballads, and Tales of How the Hero Died. Alex and Emily McCollum achieved the perfect combination of eerie, cheery, sorrowful, and hopeful with this album and in doing so perfectly capture the essence of growing up in the Midlands. This record is a collection of subtle nuances that collectively shape the emotional makeup of each track and tie them all together. The subtleties lie in the sudden layering of harmonica, distortion, or the sweet harmonies the McCollums achieve with their complimenting voices but the album’s strengths don’t stop there. Stagbriar’s mature voices and lyrics indicate wisdom beyond their years, and their effortless mixture of folk, rock, indie, and blues are evidence of natural born talent rising above the merits of experience. -Emily Haney 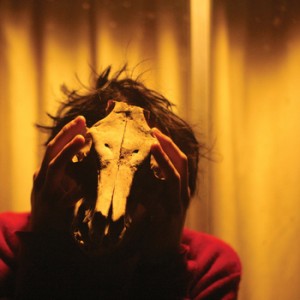 Mat Cothran had arguably the best year of any independent South Carolina artist. In addition to the success of Posthumous Release,Â his Elvis Depressedly project released an EP that’s remained as one of the top streamed and downloaded releases in SC on Bandcamp.com all year. That release also appears in our top 10 EPs of the year along with the Failure EP released under his full name. It’s been well documented that Cothran prefers home recording and the creative power and financial freedom that offers, but for this release he flew to LA and worked with TV Girl. The result is Coma’s finest release to date with 10 stark and beautifully brutal songs. This album had a polarizing effect among our contributors, appearing as the top album on some lists and not appearing on others. -DS 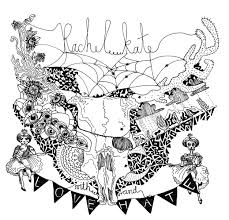 Rachel Kate went on quite the journey this year, what with all the touring, performing, and album releasing she threw herself into. After raising the funds she needed through Kickstarter, Rachel Kate released her first full length LP With Love and Hate and by so doing brought herself to the forefront of local art enthusiasts’ minds. This album is a product of a love-hate relationship with the world, giving a voice to the frustration and wonder with which so many of us see the world. With this record and her frequent touring throughout the year, Rachel Kate has established herself as not only an artist, but an all around fantastic person too. She makes her appreciation to her friends and supporters known on a regular basis, and keeps them coming back to her shows with her soulful voice and powerful stage presence. With Love and Hate is a reflection of Rachel Kate’s blessings and struggles, and also allows her to share a bit of wisdom we may not otherwise have known before listening. -Emily Haney 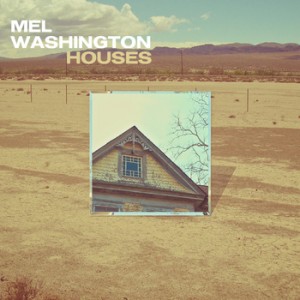 After Washington’s departure from All Get Out just about everyone familiar with his talent knew a solo release was on the horizon. It was a long time overdue anyway and something he had toyed with, but never given his full effortÂ prior to Houses. Washington’s voice is the perfect vehicle for an album co-written with Charleston musician Chris Perot who is the real unsung hero of this release. Perot notes that many of these songs had been lying dusty and dormant in his heart for years before this opportunity to give them a home. It’s both exciting to see where this will take Washington’s career, and what’s next for a man that has now made his mark as a songwriter in Perot.-DS 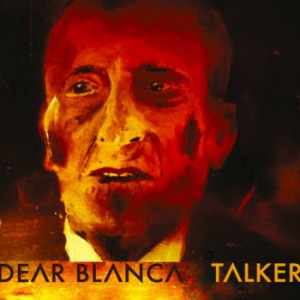 When we first saw Dear Blanca frontman he was a one man band playing a kick-drum, harmonica, electric guitar and we instantly fell in love with the gritty warble of his voice. While Dear Blanca is now officially a full-blown band working on their sophomore release, they weren’t when they recorded this album. It was more of a duo consisting of Marc Coty on drums and Dickerson playing guitar, bass, and harmonica on the recording. The key decision he made in the recording of this album was traveling to Charlotte to record with Bo White who brought in some needed production to Dickerson’s raw tunes, adding horns that take this album the next level.-DS 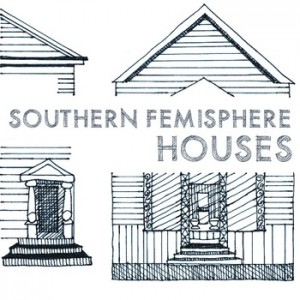 Southern Femisphere are the answer to Charleston’s need for post-punk-rock with 90’s flare. They capture the musical style of a decade come and gone but bring attention to modern day issues in their lyrics. They took a realm of the social justice movement and successfully translated it into quirky jams you can dance to. Southern Femisphere makes poetry from people’s struggles, making these issues easier to grasp on a deeper-than-factual level. They’re riding the feminist new wave whether society likes it or not, and it’s awesome. They structure the lyrics in “Transgander Pt 2: Possibility is Still Our Permanent Address” to sound like a conversation broken up intermittently with a melodic verse, telling a story of resilience and not letting the haters get you down, so to speak. This album is unique in the sense that it looks outside of the self and personal restrictions and takes a peek at a grander horizon. It’s a call to thought more than anything; more of a “for your consideration” compilation of stories instead of one that demands undivided attention. -Emily Haney

*Just outside the top 10-Magnetic Flowers, The Soap, Post Timey String Band, Yosef. Valley Maker and Toro y Moi were excluded from the list because of residency, but we love both of those albums dearly.

SceneSC Top 10 albums were determined through contributor submitted top 10 lists. This list includes releases over 25 minutes in length. Releases under 25 minutes are included in aÂ separateÂ top 10 list. A select hip/hop and electronic releases list will appear in a dedicated article separate from this list.