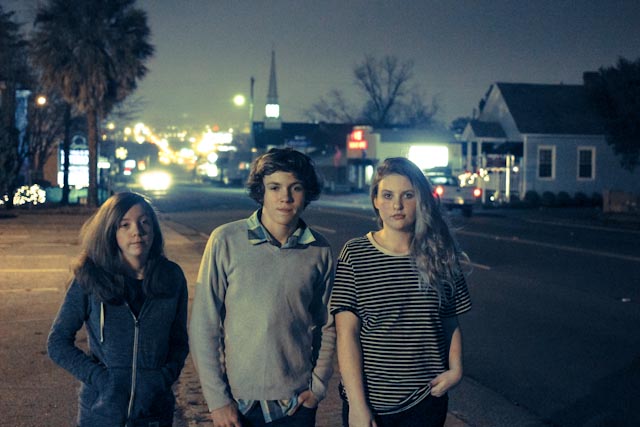 I’m really not sure when it happened, but at some point I became pretentious. There was a feeling inside of me that whatever it was that I was placing into myself was somehow better than what other people were doing likewise. Who knows why or how I old I was when it began. I don’t. Maybe I do, I just don’t want to admit it. But this sense of pretentiousness, even if I didn’t know it was happening, grew then into a judgmental mindset, which soon evolved into arrogance. Again I don’t know when it all started, or again maybe I do, but at least now I’m in full recognition of it. At least now I’m in a fully combative mode against it.

I say all of this in order to best describe as to why I generally don’t get excited when I come into contact with new music, especially live/local music. I’m simply being honest, but it takes a lot for me to get outside of my mind and simply listen to the tunes. There’s been a change however. Maybe it’s because I’ve embraced this personal new approach against my own inclinations towards just more of the same thing. For that is how I consider most of the music that graces my presence these days regardless of my attempts at changing my mentality; it’s just more of the same thing.

Everyone seems to wear the same shoes, use the same words, act the same on stage, have the same opinions, the same interests, the same dozen or so haircuts, the same type of tattoos, etc, etc, etc; you get the drift. I’m no better though, as I fall into just about all of the same categories. I’m tired of all it, I’m tired of myself even at times. However I expect more. I always expect more. Which I believe is a positive attribute. But so many times I have been disappointed, especially when it comes to music. Still I can honestly say that I’m always hoping for a breakthrough, for something wonderful to suddenly confound my eardrums. But after those hopes have been dashed on the rocks again and again and then one more time, how much hope can you sustain? Yes, there’s always a little left, but it dissipates into such a small residual amount that you’re left with a handful of fragmented debris that is hardly recognizable in comparison to what it once was.

But there is always hope.

I myself had never seen or heard of them until I stumbled upon a show they happened to open. Up to the stage walked fifteen-year-old Dylan Kittrel. I swear he looked like a young Lou Reed, may he rest in peace. His left and right were flanked by Jenni Scott and ZoÃ« Murrie. Dylan grabbed a guitar; Jenni took her seat behind the drums, while ZoÃ« languidly placed on the bass. To be honest I thought they were either about to sound like some lousy pop punk junk, or one of those awful sorts who enjoy Death Cab too much. I was interested though. I mean they certainly looked under sixteen, they were, which wasn’t something I commonly witness or at all for that matter. There’s something about youth that can’t be pretentious, that isn’t a certain type, age hasn’t allowed for it yet. With this in mind I focused my attention, and they began to play. To repeat myself, “A wonderful sound suddenly confounded my eardrums.”

It wasn’t beautiful. It wasn’t genius or melodic. It wasn’t romantic or innocent. It wasn’t bashful or unabashed at that. It wasn’t too much. It wasn’t too little. It was rock and roll in its most perfect, purest sense. I don’t want to say it sounded like anything, but I guess I must. Immediately I pictured Dylan as Frank Black playing music as a young teenager. The rawness was certainly there. ZoÃ«, continuously driving on the bass, added to the young Pixies sense as well. Jenni’s constant rhythm simply brought it all together. Don’t get me wrong, it sounds hardly like the Pixies. Much like Dylan’s almost crowing voice made me think of oddly Steven Tyler at fifteen, it still didn’t sound like Steven Tyler. While ZoÃ« undoubtedly became the next Kim Deal in my mind, she still didn’t sound like Kim Deal. While Miss Meg White’s image took root when I watched Jenni’s relaxed approach on drums, it still didn’t sound like Meg White. Regardless of how it sounded, it excited me. Soon Dylan was on top of the kick drum, as noise exploded from his guitar. He didn’t seem like the type, but then again in twenty seconds one could tell entertainment was in his blood, even if he was too nervous to look straight on into the crowd. Song after song kept my interest, which was maintained throughout whole set. This is a rarity to say the least.

According to Dylan MyBrother MySister were discovered by the likings of Coma Cinema at an open band night. The name of the band is homage to Dylan’s sister who is no longer with us. All three of them Dylan, Jenni, and ZoÃ« are close friends and attend Dreher High School. Dylan and Jenni both have previous experience in music, though more closely related to the school band, while the bass is ZoÃ«’s first instrument. Dylan says he’s only been playing guitar for about a year as well. In accordance to the music they have already written, this is hard to imagine. They practice twice a week together at Dylan’s house. Jenni’s neighbor has an old shed in which she is allowed to practice drums as often as she wants. Due to their age it is almost imperative for parental support, since driving is still not an option, and support is clearly shown by the equipment each has in tow. Dylan actually stated that some of his friends didn’t know how to use their pedals and then proceeded to give them to him as gifts. Don’t we all wish we had friends like that? His preference in music is garnered more towards the local scene, such as the aforementioned Coma Cinema, while Jenni said she enjoys everything from metal to rap. She is a drummer mind you. ZoÃ« was a little more specific, with her self described music taste being indie pop. This included bands such as Grouplove and the Strokes. They expressed a particular love for house shows, so ask them to play in your living room. It pains me to say that there really isn’t any recorded music for the reader, viewer, what have you, to listen to. This is next on the agenda of MyBrother and MySister. They are writing new music presently and hope to release a three song E.P. Relatively soon. But if one wants to catch them live, their next shows are January 4th at New Brookland Tavern and January 10th, 2014 at Foxfield off Rosewood. Their long-term plan however is simply this: to continue growing together as musicians.

(This is the end of the simplified summary.Â Now back to rambling for a moment)

Hope isn’t a something that is fulfilled. It is something based upon the future. Yes, the grass is always greener and gold starts to tarnish, but that’s not the point. All of my praise of MyBrother and MySister is not dependent entirely on the present, but on the future. This hope that I have is entirely up to the three of them to continue progressing in relation to their noticeable talent. So many things can go awry, but then again so many things can go right. What I’m trying to say is that I am thrilled to witness the evolution and growing process of MyBrother and MySister. The pretentious, cynic that I have been has faded just enough for me to truly grasp how pertinent it is to be excited, to be hopeful. And I am excited, I am hopeful for the future of MyBrother and MySister. You should be too.