With spring and summer festival lineup announcements winding down, it’s about time to get back to the “pick five artists I randomly discovered” way of doing things.*

The Mowgli’s This eight piece, retro-folk and indie pop crew is out of L.A. and you can feel the sunny California disposition on each track. Their 2013 release Waiting for the Dawn features the hand-clappy, shouting hit “San Francisco,” and while perhaps this may not make much sense, each song sounds like teamwork. They will be joining Manchester Orchestra, Vacationer and MisterWives 3/27 for a Carolina Productions event. While the show is only open to students, faculty, and staff, The Mowgli’s and MisterWives will be playing Jillian’s the following night.

Mac DeMarco Canadian multi-instrumentalist and multimedia artist Mac DeMarco has been making music since 2008. While DeMarco’s music ranges from indie rock to dream pop to lo-fi, the vibe is consistently chill and groovy.

mewithoutYou Punky, high-energy, quasi-experimental rockers mewithoutYou hail from Philadelphia. While they’ve been flying under the mainstream radar since their 2001 formation, those that are fans are loyal to the bone. From verging on spoken word storytelling fast tracks, to folk-y odes, there’s little something for everyone.

To hear from these artists and the rest of my five features, tune in to the Diagnosis Thursday 12 p.m.-2 p.m. on 90.5 FM in Columbia, or on online at wusc.sc.edu.

*We must not forget Lollapalooza, which is yet to come. 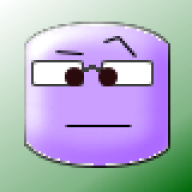