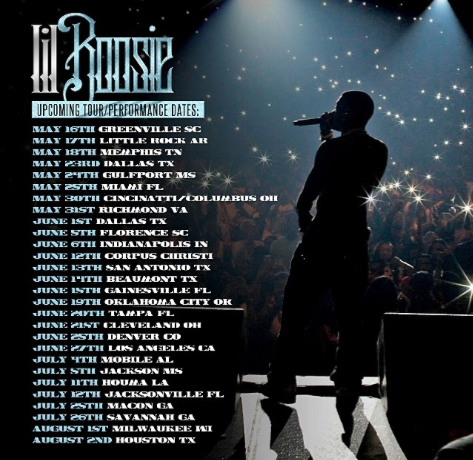 Louisiana native andÂ southernÂ Hip Hop favoriteÂ Lil’ Boosie has been making waves sinceÂ his long awaited prison release in early March.Â After a few legal restraints delayed his earlier plans to tour he’s finally ready to hit the road and has released tour datesÂ so he canÂ reunite with his loyal fan base. The tour announcementÂ comes off of the heals of a single he recentlyÂ released entitledÂ “Heart of a Lion”Â to drum up a buzz forÂ his up comingÂ album Touchdown 2 Cause Hell. Lil’Â Boosie has a very large South Carolina fan base and has performed in theÂ PalmettoÂ stateÂ numerous times in the past. He’s wasting no timeÂ picking up where he left off. His tourÂ kicks offÂ Friday May 16thÂ inÂ Greenville, SC. Although it isn’t officiallyÂ listed Lil’ Boosie will also be performing atÂ The House Of Blues in Myrtle Beach on May 21st before returning toÂ Florence, SCÂ on June 5th.Â The tour includes moreÂ stops in Georgia, Florida, and Tennessee. Tickets for the Myrtle Beach show are already on sale via Ticket Masters official website. Looking forÂ some unfiltered gritty Hip Hop to get into? You’ll have a blast at a Lil’ Boosie show. Checkout the fullÂ list of dates below.