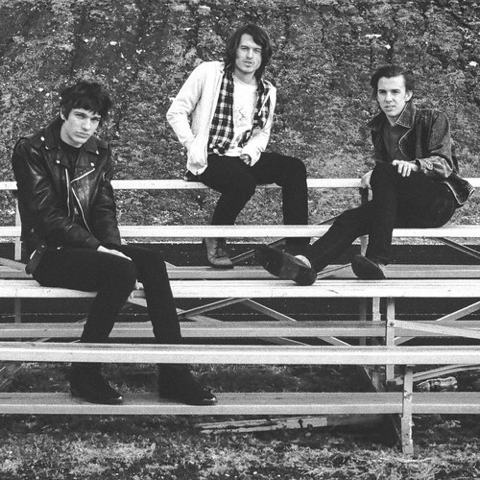 For Heyrocco moving from their hometown of Charleston, SC to Nashville was just one step in the process of pursuing their dream of becoming rock n roll stars. Not only were they taking on Music City, but leaving home for the first time and branching out into a new stage of life. Now the ball is rolling and it won’t be slowing down any time soon.

In early June Heyrocco inked a deal with United Kingdom based Vital Music Group and announced the release date of March 2015 for their debut album Teenage Movie Soundtrack. Soon after, Clash Magazine debuted the lead single “Virgin” as a free download on the site. The bands fascination with early 90’s culture is apparent in the new track, originally released through their bandcamp under the title Greatest Hits of the 90’s. Just weeks later Clash Magazine debuted the bands first official video for the same song. With full VHS treatment, the video for “Virgin” is dark and dreamy, displaying the bands angsty live energy as each shot decomposes.

Having booked their own shows playing all over the southeast and midwest over the last five years, Heyrocco has plans to take the show to new territories this autumn. They’ve already got dates set in England, including a couple of festivals, along with west coast US dates on the books. So far this year they’ve been on permanent vacation, which basically includes hitting the pavement for short runs of dates, and rehearsing daily at home in Nashville. The practice and downtime will pay off as things pick up leading up to the album release early next year.