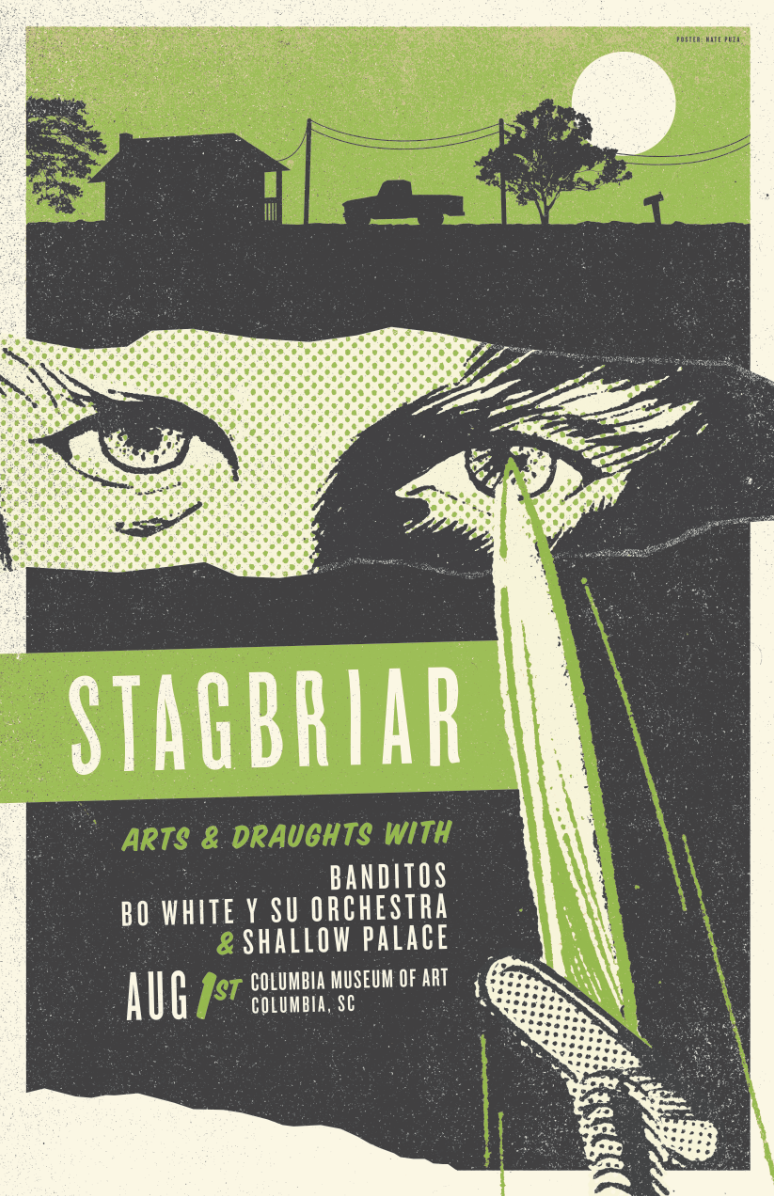 When it comes to Columbia’s signature events Arts and Draught’s is one of the city’s finest. Once every quarter the Columbia Museum of Art fills up with close to 1000 people who sip on craft beers from the featured brewer, listen to one of the four live bands, explore the museum through a scavenger hunt, or take part in the live figure drawing and other DIY projects. This time around the featured brewer is Natty Greene’s, a fine brewery in the heart of Greensboro, North Carolina. Since opening in 2004, Natty Greene’s became a hit locally and has gradually been expanding since. The brewery now has a location in Raleigh, while also shipping their brews to neighboring states South Carolina and Virginia. The expansion has come with a bit of laughable controversy. When Natty Greene’s recently applied to trademark their brand, Anheuser-Busch hopped in to oppose saying that it steps on the toes of their Natty Light branding. Lol right? Natural or Nathanael, one works and one doesn’t at doing its job. I had a delicious Natty Greene’s two weeks ago at Copper Penny in Wilmington, NC – drinking on an empty stomach I must have reached the magical buzz of .05 blood alcohol level – while one time I drank what must have been a case and a half (36?) Natural Lights and hardly achieved a buzz. What a waste of caloric intake I remember thinking.

Alcohol is clearly the star of this event, but what good is getting a buzz if there’s not some great music playing in the background?

Opening the event is Shallow Palace who just released a new album titled The Ghost that Was. While eating some of guitarist Josh Bumgarner’s smoked wings last night at Bar None he informed me that this weekend would be his last run of dates with the band. By the way, those smoked wings are something special, shot straight out of a flavor canon. There really aren’t openers and closers on this lineup made of four veteran music groups. Shallow Palace bring over-driven blues based guitar rock that will set the tone for the evening. Also note, The Whig hosts a listening party for the new Shallow Palace album Wednesday, July 30. Following Shallow Palace is Columbia brother sister duo Stagbriar. While at XPN music festival in Philly this weekend I heard Hurray for the Riff Raff play a murder-ballad where the female killed the male and instantly thought of Stagbriar as their aren’t an abundance of modern groups that play murder-ballads. The young group is wise beyond their years musically, molding well-thought-out lyrics into tight harmony.

After the first two bands, who feature two guitars and sometimes more, comes the Bo White Y Su Orquesta (Charlotte, NC) which features band leader Bo White on bass, but no other guitars. As long as I’ve known White, going on 13 years now, I’ve always thought of him as one of the most forward thinking musicians that I’ve had the pleasure of knowing. He’s a music machine, not only writing his own material, but by recording other bands. He’s recorded both Dear Blanca albums (Columbia, SC) and contributed to both musically. Performing last is Banditos who recently relocated from their home town of Birmingham, AL to the heart of country music in Nashville, TN. Banditos do nothing but deliver live, with a mix of high energy blend of roots that swings building a sound all of their own.