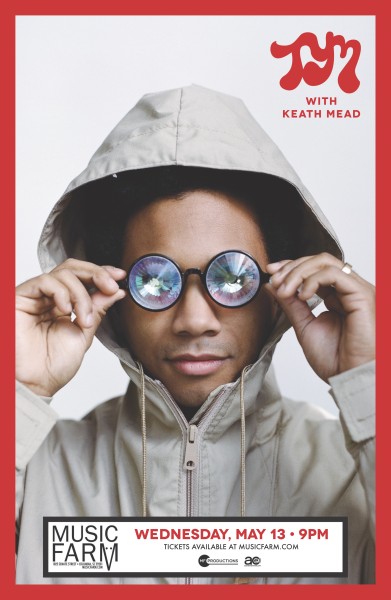 In a 2009 interview with us we asked Chaz Bundick the simple question of how he got started in electronic music and what some of his influences were. At the time his electronic music was new to his Columbia fans who knew him from his band The Heist and the Accomplice, so his brand of “chillwave” was not only new to a growing underground national audience, but his local fan base as well. Bundick’s early electronic music was made with a borrowed copy of the audio software FruityLoops and was made up mostly of drum beats and keyboards. This led him down a path of listening to some of the great electronic musicians of the past and immersing himself in everything from R&B, soul, and funk to house music. This isn’t much difference than his teen years when skateboarding helped lead him to a new alternative music and art scene.

With his new album What For?Â Bundick’s come full circle with his musical influences, mixing a little bit of everything he’s learned over the years into this album where it’s not trying to be anything but the art he’s making. Sure, more of these songs were born from an acoustic guitar or piano and not from a computer, but for Bundick writing the songs is only a portion of what he does. His songs are special no doubt, but it’s his tasteful touch on the production end that puts Toro y Moi on another level. Give a listen to Keath Mead’s Bundick produced album Sunday DinnerÂ and you can easily hear his fingerprints all over the album. In fact Mead’s song “Waiting” could easily be confused with a Toro track until his voice comes in.

That match worked out well as Bundick not only produced Mead’s album, but signed him to his record imprint Company, and is taking him out on tour, including this date in Columbia. Mead’s band also brings things full circle by including Heist and the Accomplice drummer and guitarist Cameron Gardner and Dylan Lee. That makes four high school bandmates finally on tour together, though in separate bands, it’s a dream come true.

After selling out a steamy summer show at New Brookland Tavern in 2010, each return hometown visit for Toro y Moi has been hosted at any venue in town (non music venues) that could hold the crowd. Once that was an abandoned movie theatre in Cayce as part of Indie Grits which ended up running into fire code issues, and the other it was at the Museum of Art. Both shows ended up being really cool and fitting of the Toro aesthetic, but it’s nice this time around to have a dedicated music venue with size to host the band which so many in Columbia and South Carolina take pride in.

Ticket winners will be chosen and contacted via email on May 8th and May 12th.Â