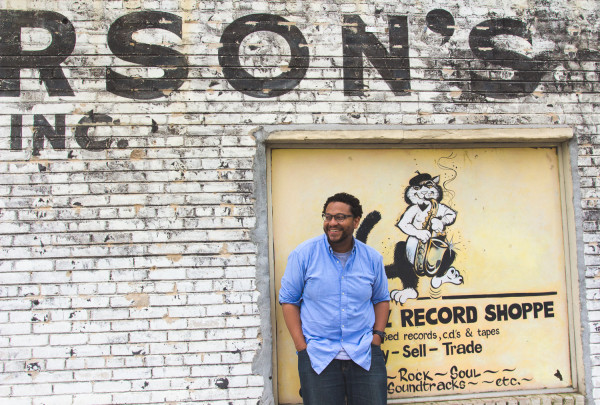 SceneSC: What’s the first album you remember loving as a kid?

Preach Jacobs: My brother and I discovered my father’s record collection full of funk and soul. We were obsessed with James Brown’s Black Caesar soundtrack and Stevie’s Songs in the Key of Life. I still own those original prints now and love their sound.

What as the first album you bought with your own money?

First official tape I purchased was Gangstarr’s Step in the Arena. I was six years old and it was a tape my dad let me get because it didn’t have a parental advisory sticker. Which is funny because that never kept my brother and I from getting our hands on everything. And I bought the tape from Sounds Familiar.

What was the first local band you were a fan of?

I started doing shows as a teenager with a collective I was apart of called ‘Metro Mics’. It included me and my group 7 Moonz (with lead singer Al One that became lead for Deja Voodoo), Crowded Mics, Lyrikal Buddah and Beat Junction. Those were some of the happiest moments of my life and it was great being a fan and apart of the hip-hop movement in Columbia.

What’s the most recent album you bought or have been listening to lately?

What are some changes you’d like to see in Columbia over the next couple of years?