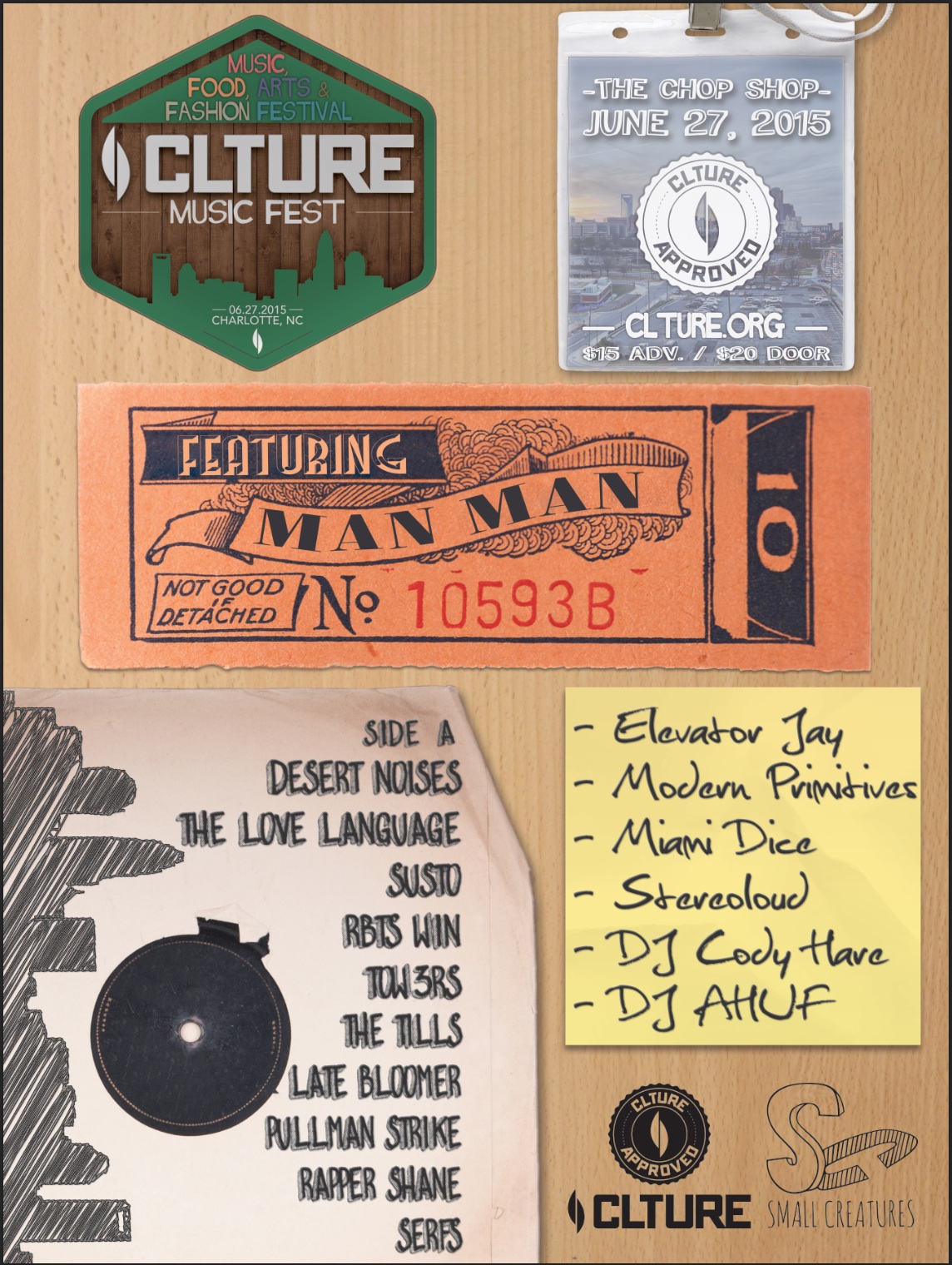 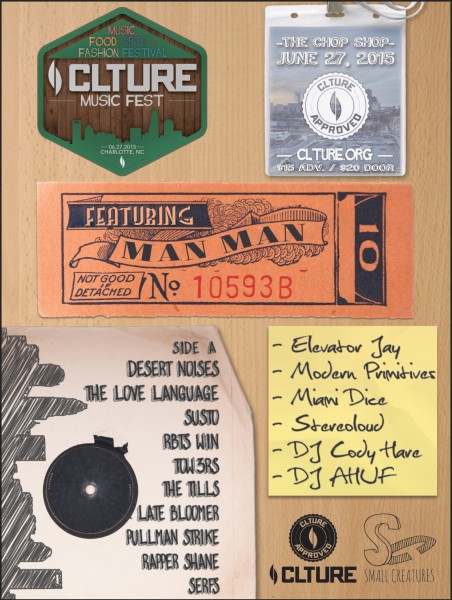 Charlotte based website CLTure.org cover just about everything under the sun relating to their local community and the creative people who surround them â€” included in that is some excellent music coverage. So it goes hand in hand that they’dÂ host their own music festival showcasing not only Queen City talent, but also great acts from across the Carolinas and beyond.

Headlining this years festival is experimental Philly 5 piece Man Man, who are well-known for their chaotic live performances. Based around the piano playing of frontman Honus Honus, the rest of the band features multi instrumentalists who switch things up throughout the set, from horns to keyboards and guitar, there’s never a dull moment in their set.Â Playing main support, rising Utah band Desert Noises return to the Carolinas, this time in support of their new album 27 Ways. While those two are from out-of-state, the rest of the lineup hails from the Southeast.

Raleigh band The Love Langauge fronted by Stu McLamb are still chugging along since forming in 2008, ebbing and flowing as a band, they’ve been more active lately. Their 2013 and most recent album Ruby Red,Â like most of the band’s catalogue, is a must listen for lovers of soulful indie pop.

Things keep looking up for Susto with upcoming shows opening for Band of Horses frontman Ben Bridwell and Iron and Wine on several East Coast tour stops, including one at Fillmore Charlotte. It seems like every show Justin Osborne and company play lately they dÃ©but an amazing new song. Whether it’s “Cosmic Cowboy” or “Hard Drugs” that new album hopefully due out in 2015 will be Susto’s breakout record.

I remember last year when Charlotte band Late Bloomer caught a press wave with their latest album Things ChangeÂ that coincided with a Â 90’s revival wave that was mentionedÂ over and over in the blogosphere. Thank God that’s passed and Noisey has moved on to more inane points of conversation. That album though was one of our favorite NC releases. Buried under a slight lofi haze drums pound, bass drives, and guitars melt from rhythm to lead with a strong sense of melody. If it’s revivalist consider me saved.

Last year Raleigh artist Derek Torres resurrected his band T0W3RS as a solo project and saw the project reach new heights on the back of the excellent home recorded TL;DR on Phuzz Records.Â Lead single “The Situation” draws you in with the first bended synth notes before releasing into stripped back verses with underlying keys, drums, and Torres vocals. The whole album is like this, mixing organic instrumentation on electronic sound palettes.