“The louder you scream, the harder he blows” —Jack Antonoff, Bleachers

High-energy indie rockers Joywave livened up the stage before Bleachers with a hype set, noting it was one of their last tour stops opening for the anticipated act of the night. As usual, the Charleston Music Farm was alive in a sweaty sea of vodka tonics, man buns and 16-year-olds in crop tops and Vans. There was dancing and synchronized jumping.

However, nothing compared to the noise in the room when Jack Antonoff (of fun.) strolled in and jumped right into newest song “Like a River Runs,” which is about his dreams of his sister who passed away when he was a teenager. With an anthemic chorus yet touching lyrics, it began the performance with a lively yet bittersweet disposition. Next was classic track “Shadows,” which got the crowd singing, before “Wild Heart” crooned in spacey chant waves. “Reckless Love” followed before a stellar Fleetwood Mac cover with “Go Your Own Way.” Things got bouncy and love-angsty with “Rollercoaster,” which led into a segment of drum solos before a sax-guitar battle that pitted the crowd against each other, each side cheering for an instrumentalist. 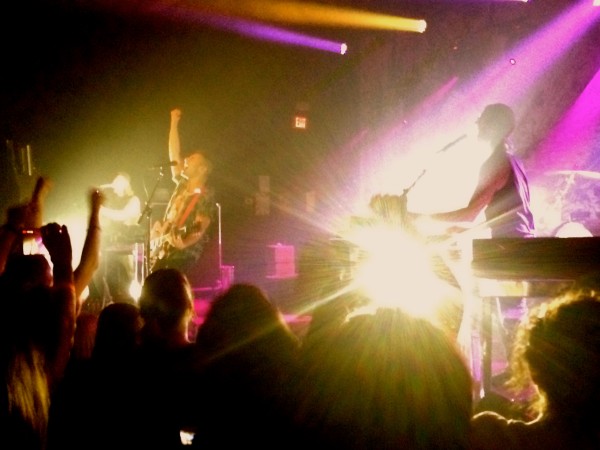 The momentum heightened with ladder-climbing guitar stunts and a dance battle going on top of a stack of speakers. You can’t get a high quite like a near-death experience. Things got shmexy with a Kanye West cover of “Only One,” which led into an encore display with (of course)“I Wanna Get Better.” I’ve been playing this song on repeat for months, and it was out of this world live. I was screaming (probably off-key) and bouncing around haphazardly in my knee brace, but it was incredible.

The ultimate jam to play on repeat and shout at the top of your lungs if you haven’t already: “I WANNA GET BETTER”