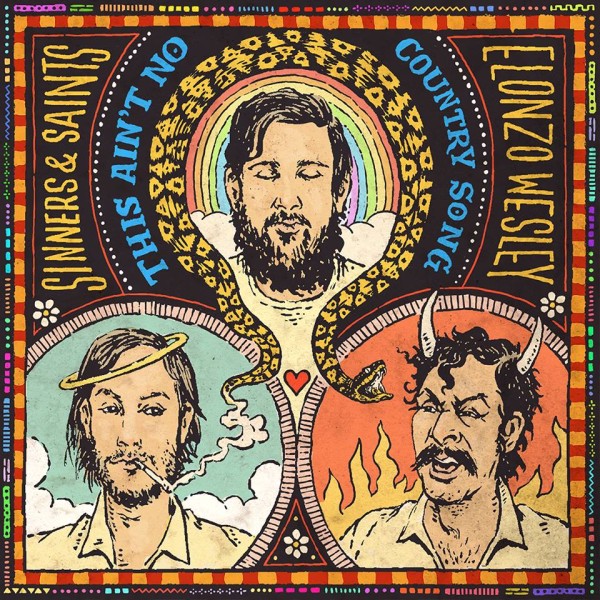 Being a Carolinian since birth, there’s a place in my heart for the richness and rawness of folk music. So when Elonzo Wesley and Sinners & Saints came together to create their split EP This Ain’t No Country Song I found a quiet place to retreat to and got lost in each song.

There’s something earthy about the EP. There’s honesty in each lyric, emotion with each chord and note. Perry Fowler’s vocals and harmonica introduce the 7-inch split to us with the emotionally charged “Love to Give” and a softer, more reflective “One Inch Worm.” The last two songs are delivered via Elonzo Wesley’s soft vocals, the piano in “Worse for the War” resonating throughout in a way that just makes you feel at home. We’ve never heard these songs, but we know them. They’re the songs we’re all singing, each and every day. It just took Elonzo Wesley and Sinners & Saints to finally write them for us.

With heavy folk and bluegrass undertones the EP takes us deep into the Carolina hills, somewhere buried beneath a pine forest or in a patch of hardwoods where the earth itself is singing. From start to finish This Ain’t No Country Song transports us to a simpler world; a world where we can hold each song up to the light and discover some truth about ourselves. Channeling influence from bands like Deer Tick, Dawes, and Monsters of Folk, Elonzo Wesley and Sinners & Saints create a four-song-experience in which we can learn something about ourselves, the world we live in, and the music that’s all around us. All we’ve got to do is stop and listen.

Recorded and mixed by Jeremy Davis of Elonzo Wesley in his home studio. Mastered by Dave Harris at Studio B in Charlotte NC. Artwork by Stephen Crotts. Album released by Silent Uproar Records.