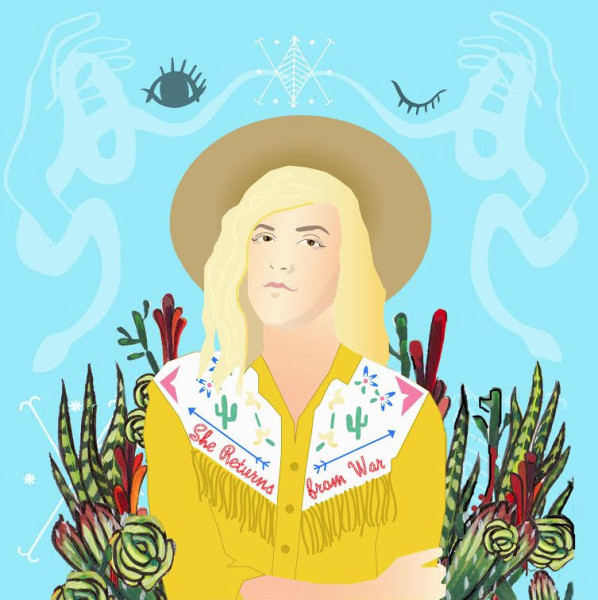 Since the release of her 2014 debut EP Coyote Soda Hunter Park’s built the fan base for her project She Returns from War grassroots style, by playing all types of shows and building relationships along the way. Whether that be late night at a bar in their hometown of Charleston, or a day party at a music festival, Park has the unique ability of human connection through song. It’s those ties that led to her debut full length album Oh, What a LoveÂ heard here, and out tomorrow on 10 Foot Woody Records.

Recorded at The Jam Room with producer Don Dixon at the helm, Park along with band mates Jesse Ledford (guitar and vocals) and Charlie King (drums) took her stripped down acousticÂ ballads and dressed them for effect. Dixon might be best known for his early work co-producing R.E.M.’s first two albums, often tied to the underground jangle pop movement of the early 80’s, but his resume features an array of artists from Matthew Sweet and The Smithereens to Hootie and the Blowfish. Between his keen ear for pop melody and Charleston musician Johnny Delaware’s tasteful guitar parts, the two added layers to She Returns from War we’ve never heard live.

Oh, What a LoveÂ works best connectingÂ with the listener lyrically, as Park preaches by example throughout the album to savor the moments in life, both bitter and sweet. Packaged in memorable melodies that catch you on the first try like good folk songs often do, Park describes situations, relationships, and settings with realization and self perspective that pull you into her stories as you roughly tie them to your own. THIS is what draws people in live, and something that wasn’t lost on the album.