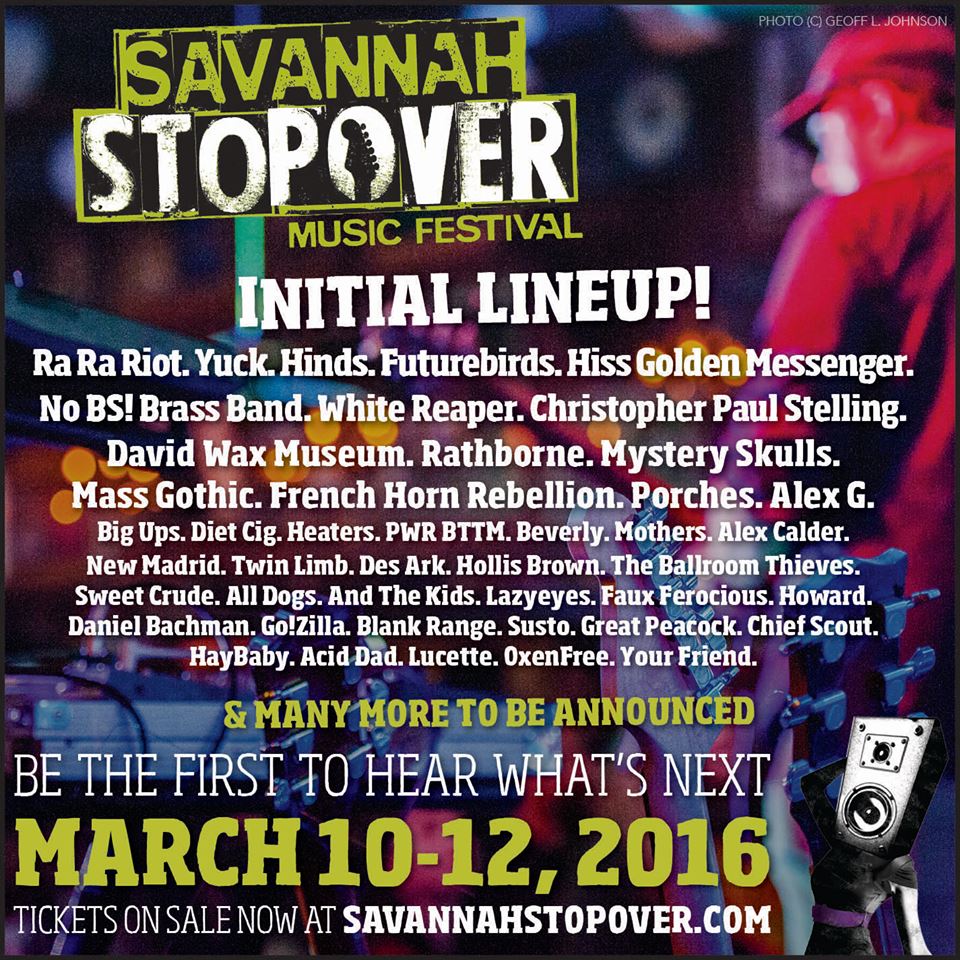 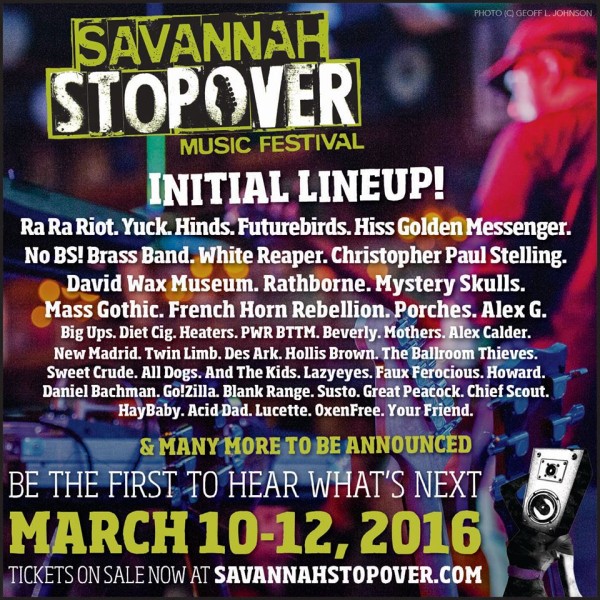 Check out our 2015 coverage of Savannah Stopover Festival.

Let me say this and just get it out there. Two of the best albums of 2015 came from All Dogs and Des Ark, both of whom are playing Savannah Stopover in 2016.Â Founded in 2011, the festival has kept growing yearly as aÂ sort of warm-up stop for SXSW.Â Yearly the festival features strong lineups of up-and-coming bands, proving year in and year out that they’reÂ on point tastemakers.

Proving that again is this years lineup, with some of the larger font names on the poster being returning performers from earlier years like Christopher Paul Stelling and Hiss Golden Messenger. With bands like Mothers, Futurebirds, Susto, Chief Scout, New Madrid to name a few joining the bill, the initial lineup brings in bands local to South Carolina and Georgia who keep rising to more national prominence. Add to that some of North Carolina’s strong acts like Hiss Golden Messenger, Daniel Bachman, and Des Ark, Savannah Stopover’s initial lineup is a who’s who of buzzing regional indie acts.

Stay tuned for the full announcement of bands and more as we get closer to the festival, and go ahead and schedule the trip.