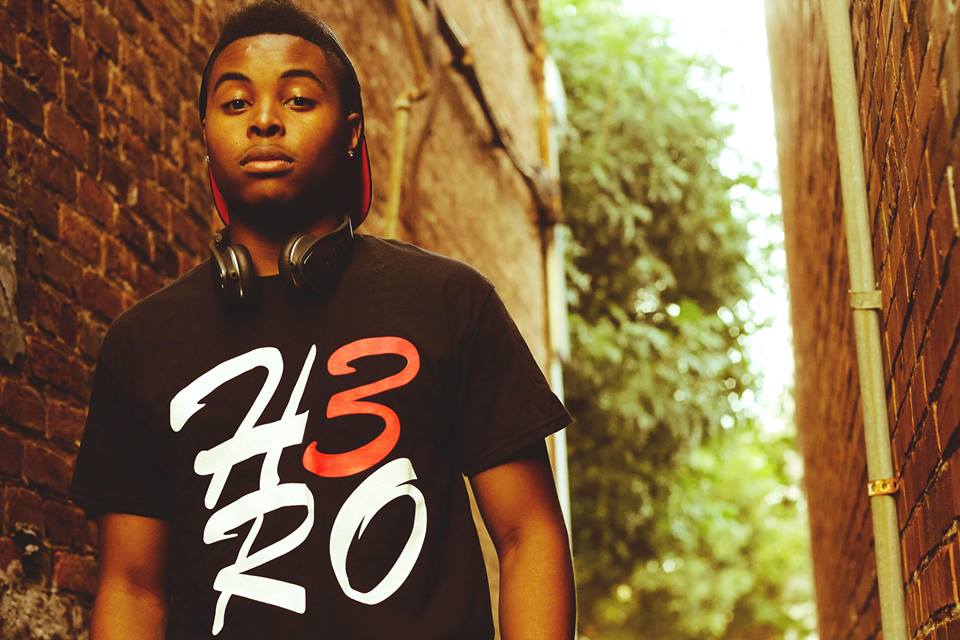 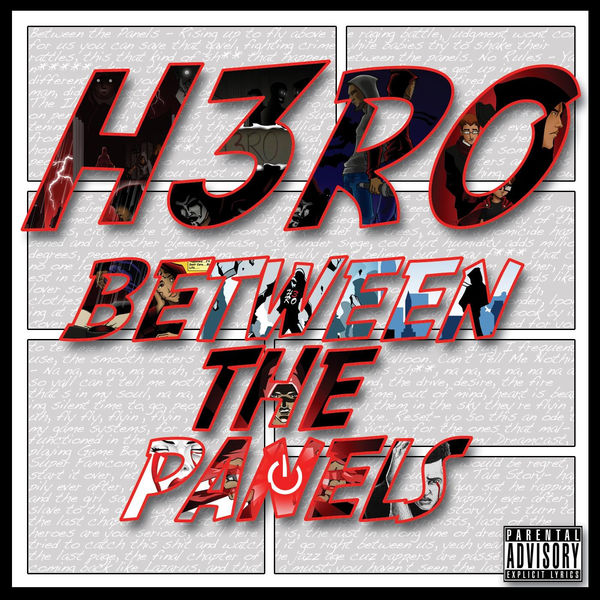 It’s common knowledge that hip hop, as a genre, has mutated over the turn of the century. Between 1985 and 2015, a small percentage of the overall mainstream record label CEOâ€™s and A&R representatives have knit-picked what is heard on the radio and have slowly, yet steadily, transformed what is popular and what we, the public, hear. For this and other reasons, many people have claimed, that Hip Hop is a dying genre – including one, young emcee in 2008 named â€œBlaze, who after listening â€œHeroâ€ by Nas, announced, â€œI will be Hip Hopâ€™s H3RO!â€

Before too long, H3RO was found on New Brookland Tavernâ€™s stage for a New Music Night in 2011 and later at his favorite performance (thus far), the Blacktastic Film Festival. Fast-forward to 2013, H3ROâ€™s released his project â€œSuper-Heroâ€, a mixtape where he plays the role of â€œHip Hopâ€™s Heroâ€ that saves Hip Hop from becoming a dead genre of music. Now, in 2015, heâ€™s released his sequel project â€œBetween The Panelsâ€, where he plays the role of the conscious of â€œHip Hopâ€™s Heroâ€, telling the story of how he progressed through the real-life experiences that brought him to the artist we found in 2013.

â€œBetween the Panelsâ€ is an existential project as he emphasizes that everyone should be anybody they want to be, which is highlighted through song number five: â€œBe Somethingâ€. The rhymes are intertwined with a backstory of H3RO competing in an extraterrestrial game show called â€œThe Gray Areaâ€. The antagonist is the game show host who has given H3RO two options (or two panels). Panel #1 sends H3RO back to the real world, but has to leave his friend, Lite Gray behind in this mysterious universe; panel #2 saves Lite Gray, but forces H3RO to stay behind. H3RO proposes to go â€œBetween The Panelsâ€, which gives the project itsâ€™ title.

On Sunday, December 13, 2015, H3RO opened up for New Success Culture at the Art Bar in downtown Columbia for their duel-album release party in honor of Between the Panels for H3RO and More Success for New Success Culture. The event was hosted by Preach Jacobs and directed by Fat Rat Da Czar. H3RO took the stage at 9:45, and held the crowd for a full 30 minute set. H3RO’s set consisted of songs like: “Between the Panels”, “The Iliad”, “No Rules”, “Somebody’s Got to Play the Villain” featuring Lite Gray, as well as “Be Something”, “Ride”, and “Video Games”. The crowd was very responsive to H3RO, and H3RO incorporated a lot of interaction with the crowd in his set.

To describe his music, H3RO used the words: â€œgrandioseâ€, due to the magnetic pull the album has on people, the intertwined backstory draws listenersâ€™ attention almost immediately; secondly, he chose: â€œvulnerableâ€, due to him addressing his real world experiences and laying all of his cards on the table for anyone thatâ€™s listening. Lastly, the music is described as: â€œadaptableâ€ and â€œapplicableâ€ because the music can be vibed to in almost any environment, and the message of â€œbeing somebodyâ€ can be applied to everyone – although his audience is primarily summed up of high school kids, college students, geeks, nerds, and scene kids. â€œA lot of â€˜outliersâ€™ are drawn to my music,â€ H3RO says. Locally, heâ€™s inspired by Fat Rat Da Czar (and New Success Culture), Ben G, Wally Fattz, Prime Time, Lite Gray, Hybrid, TaylorBoy, Snook Da Rokkstar. On a grander scheme, he feels in tune with J Cole, Lupe Fiasco, Lauryn Hill, Nas, MF Doom, and outside of hip hop, he likes A Day To Remember. In the next year, H3RO expects to go on tour and possibly network with: Deniro Farrar, Ben G, Danny Swain, Matt Monday, Benjamin Starr, and Supah Mario. When asked to name a flaw he noticed in the local scene, he pointed out that there are too many factors, units, or pockets of music cliques that are separated by anything from genres of music to plain spiteful competition within the genre. â€œColumbia lacks unity; we point fingers and criticize instead of coming together and celebrating as a whole.â€