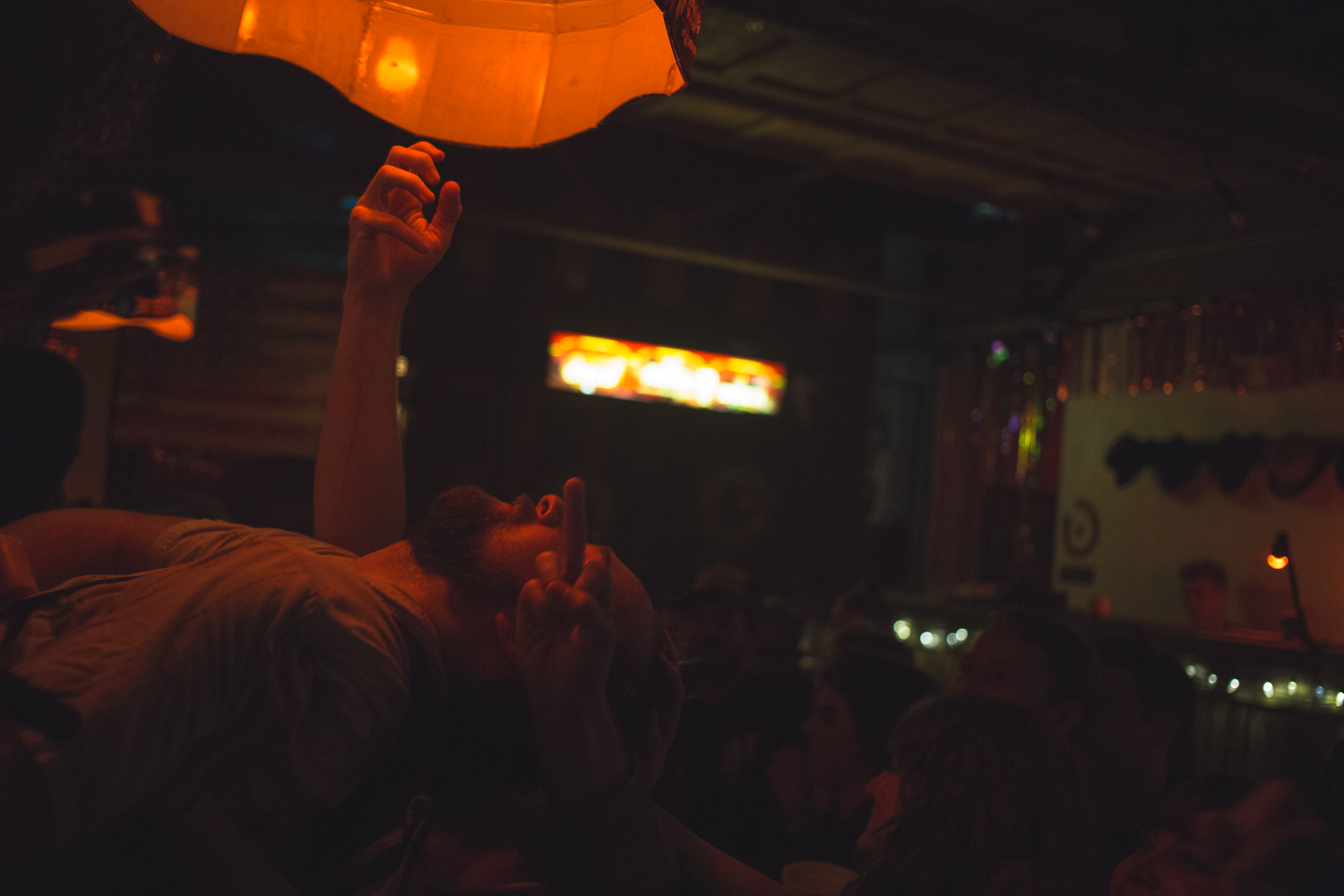 Dorian Warneck was rocking a Blue Tile Skateshop t-shirt and some granola bar crumbs in his luscious man beard when I caught up with him at Kudu Coffee. â€œI didnâ€™t know what I was getting into,â€ says the graphic designer, filmmaker, photographer, skateboarder, and bassist about joining Secret Guest. (He alsoÂ produces a street photography zine called Neighbors that you might see around town.) â€œI thought it would be like a once every three months type deal or something.â€

Instead, Secret Guest is coming out blazing, joining Dear Blanca for an end-of-January tour up the East Coast, which technically kicked off with a mini spurt last weekend. Before the rest of the band arrived at Kudu, Warneck filled me in that he is packing a separate tent to get away from his bandmates if he needs to.

â€œIâ€™m most looking forward to surviving,â€ he said later in the interview about what will be his very first tour. â€œThis is going to be the first test to determine if we can sustain as a band forever without big personality crises.â€ Guitarist Andrei Mihalovic replied, â€œOuch. I was going to say how could I possibly not get along with these wonderful peopleâ€¦â€ Some sarcastic laughter ensued. Frontman Brett Nash told me I definitely needed to mark this moment with some asterisks, so this is for him. * Cue sarcastic laughter *

Nash, who plays basically every instrument, is currently in about 10 local bands. Some name drops include Southern Femisphere, Dumb Doctors, The Specs, Faline, Indiana Junk, ELIM BOLT, Punks & Snakes, and Gold Light. â€œBrettâ€™s notorious for playing in like 10 or 11 bands at the same time. Heâ€™s a total band perv,â€ says Mihalovic. Nash says, â€œAll I do is play in other bands and work at a place that sells gourmet tea to historic sites. Thatâ€™s about it.â€

Secret Guest is Nashâ€™s first real baby, though, and heâ€™s pretty stoked about it, all the while maintaining a gracefully humble attitude. â€œAt one point, Michael [drummer] was just really bummed out about something, and we were like alright, uh, we need to start a band. I just kind of went from there and cherry-picked these two dudes,â€ explains Nash.

â€œItâ€™s democracy, but Iâ€™m technically the frontman, which is weird to say, so itâ€™s exciting,â€ he says. While Nash is the main songwriter, his songs really come to fruition with a little help from his friends. Though Joker City and Goodnight Nothing are combined under Secret Guestâ€™s moniker, the former was a project exclusively by Nash. So, the groupâ€™s recent project has been taking those songs from Joker City and rejuvenating them with the entire bandâ€™s touch. â€œThey spin my shit into gold,â€ says Nash. â€œWe preen over it like miserly demons and perform musical alchemy,â€ says Mihalovic.

You may know Secret Guest by previous monikers, which include Alanis Morissette, Fizzy Boys, Thin Lizzy, and Suffering Boys. The ironic part is that none of these names came from Mihalovicâ€™s extensive band name list, which has been growing to magnanimous proportions over time. He literally has over 100 pages of band names, which he estimates rings in close to 5,000. â€œTheyâ€™re all garbage,â€ he says immediately â€”Â which to be honest sounds like a pretty good band name in itself. Mihalovic, who was really excited about updating his band list at Kudu until he realized they have no Wifi, has played in Indiana Junk and Magic Camp. In fact, I interviewed him a while back in regards to a Magic Camp cassette release. Good vibes.

So what is Secret Guest’s biggest secret? That Michael Milam is in fact a five-year-old boy named Nolan who we met at Kudu last week.

Check out Warneckâ€™s Etsy page to order one of his zines. 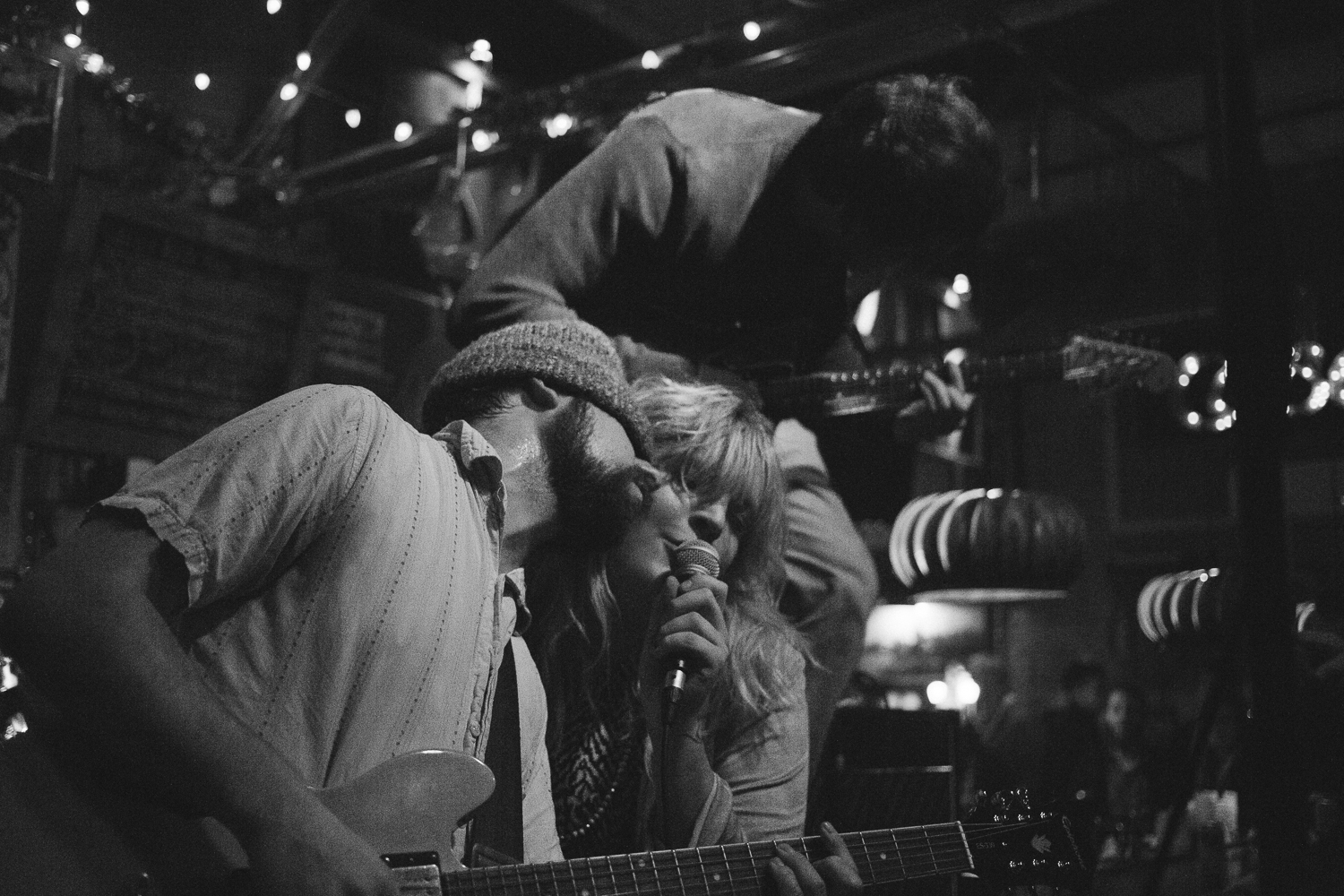 Royal American was hype on Saturday night with a killer lineup that included She Returns From War, Junior Astronomers, Dear Blanca, Echo Courts, and Secret Guest. The stage was extended to accommodate the larger crews, which left the room packed but breathable, spilling out onto the front porch and alive in cigarette smoke and GeneseeÂ pitcher chugging. There were several highlights of the night, but one wasÂ Hunter Park’s collaboration with Secret Guest as a surprise performance. By the time Secret Guest was on stage, the crowd was super riled up and ready to dance/headbang properly. 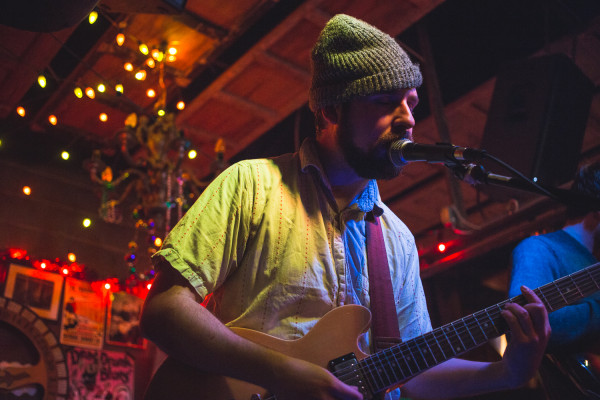 Nash started a new fashion trend that I would like to call the lopsided beanie. It was totes stylishÂ and made him look slightly unstable, which wasÂ a good look for him. Meanwhile, Milam rocked some weird face mask that looked like something out of Mortal Combat. Warneck wore his Blue Tile Skateshop shirt again. Heâ€™s a real Sk8er Boi, and you canâ€™t take that away from him. And finally, Mihalovic had some sweet white Reebok kicks happening. 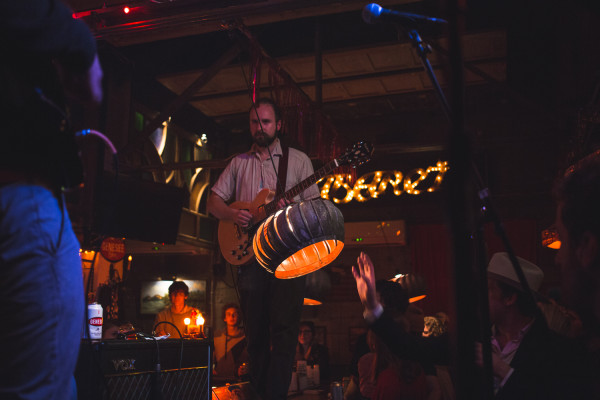 Not only was there a rad, frenzied sprint down the bar and shirtless drumming, but aÂ bartender told me, â€œThat was fucking awesomeâ€ while swinging the lights madly along the counter in Royal American tradition. So, it was obviously pretty stellar.Â The biggest moment of the night, however, was kickstarted by Nathan Merli of Heyrocco, who decided to jump on stage and proceed to dive into the sea of onlookers and crowd surf. You think that would be pretty epic in a space like Royal American, but then Nash and Mihalovic from Secret Guest did the same while still shredding on guitar. I really wish I had hopped on that bandwagon, tbh, because it’s on my bucket list to stage dive at a show. Nash told me he would make it happen sometime, though, so I’m holding him to that. And I quote: “Yes. We are going to make that happen. Secret Guest bucket list: Get Kalyn to stage dive.” Life made.

Andrei Mihalovic (AM): â€œIâ€™m drunk right now. Iâ€™m wasted. My little sister got me a bunch of mini bottles for Christmas.â€

AM: “I’m moving in with my grandma next month. Thanks, guys.”

AM: â€œLetâ€™s just fuck with Michael and say ridiculous shitâ€¦Hey, let’s keep the profanity down in front of the children.â€

AM: â€œLetâ€™s put some drumsticks in this three-year-old girlâ€™s hands.â€

AM: â€œYeah, quit playing with your mom, Michael.â€

Me: â€œSo, beyond the music, what are you guys up to these days?â€

AM: â€œIf only I could GoFundMe my student loansâ€¦â€