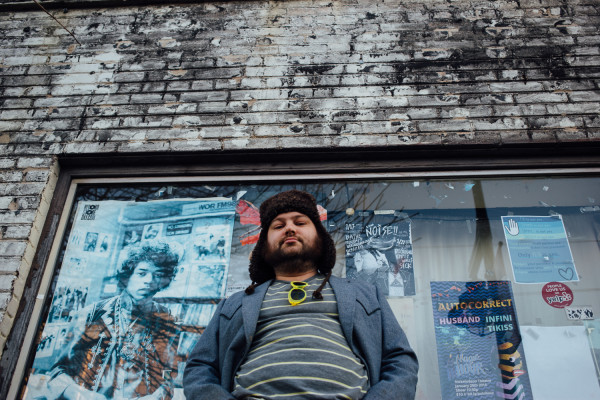 When I’d get home late to the House of SoftwareÂ I’d often hear music coming from Marshall Brown’s upstairs apartment in the back. There was a five-year era where he had turned pretty much his entire place into a recording studio. We’re not talking bedroom recordings here, we’re talking about living room, dining room, and even stretched out onto the porch where he’d record the birds waking up and the crickets singing or the owls hooting. Brown is meticulous with layering, and buried deep in his tracks are reference points to other tracks and hidden gems you probably miss on the first listen through. His latest album Second Childhood is his best to date for a couple of reasons. One is that he’s finally mastered his home recording setup, the other is that his grander vision of songwriting seemed to come together on this album, subtly tying the last three albums together, even though I can’t imagine that was his plan from the get go.

In our latest Papa Jazz session Brown plays two songs off his latest record, the first being “I Just Wanna Play R&R” – because we all need a little R&R – and the second being “Pagan Holiday”. Brown is the first person in Papa Jazz session history to wreck the set!