by David Stringer
in Album Reviews
0 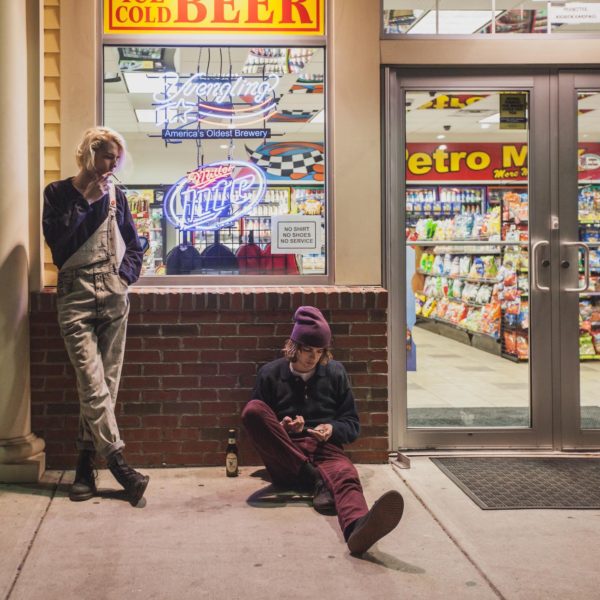 In the summer of 2013 Heyrocco followed up their debut full-length album ComfortÂ with a set of 5 self-released demos titled both “Shitty Demos” and “Greatest Hits of the 90’s” that redirected the band musically from their chilled out and mostly breezy debut, to a more overdriven guitar based sound. It’s only been four years, and that’s hard to realize sometimes considering how much the band has done since they traded their college years for late nights playing shows and logging thousands of miles in a 16 passenger van. They spent time living in Nashville, months in the UK, and found several pockets of success along the way. They’ve also dealt with the other struggles of being in a band likeÂ being broke, sleeping in foreign rooms, and being robbed of their personal possessions on the road. Through it all they’ve been resilient and pushed forward.Â In the meantime Charleston’s music scene was thriving on its own, and no matter how far away they got from the Holy City, they were still considered a part of it, an extension of what we have going here no matter where in the world they slept. They’ve always reciprocated.

For the Waiting on Cool EP Heyrocco returned to Charleston and enlisted the services of Wolfgang Zimmerman on a handful of tunes, just like they had done years ago when they enlisted his services for those five charming Shitty Demos. On arguably the strongest song on the album and one of the best songs in Heyrocco’s still young catalog “Slice of Life,” frontman Nathan Merli reflects on everything in detail, from his stroll around the peninsula down to the battery, to the black bean burger he split at Big Gun Burger Shop, there’s an underlying sense of melancholy and alienation throughout the EP that Merli seems comfortable with. Heyrocco quickly pick it up from that mid EP anchor of a song, with “Build it Up” which feels like a Third Eye Blind self titled b-side. Their references to the music which influences them is one of the most beautiful parts of Heyrocco. Sometimes they’re completely unaware, and sometimes it’s a smile and a wink. It’s hard to tell the difference. A song like “Venice Beach” comes off as a completely honest tune for the band lyrically, and one that I enjoy, but I have to wash the Sugar Ray out of my mouth after each listen. Whenever I hear a DJ record scratch in a song I cringe and think of bad VH1, but it just doesn’t bother me in the slightest when Heyrocco does it. It’s also something they don’t shy away from, with the promotion of this release centered around 80’s quality VHS style tour footage and a 90’s reference around every corner. I don’t think they were born in the wrong decade, I think they’re doing a great job at cherry picking from the decades before them, much like all bands do.

Waiting on CoolÂ is the band’s first release on Dine Alone Records, aÂ label based out of Nashville, Toronto, and Los Angeles with ties to a wide variety of artists from Southern duos Shovels and Rope and Sylvan Esso, to Jimmy Eat World, and Mariyln Manson. If this turns out to be many peoples introduction to Heyrocco they’re getting an accurate reflection of the band. Six songs that reflect on their raw talent and songs that instantly make you feel something, whether that’s nostalgia from the vibe of the songs, or more relating to the lyrics for others, Heyrocco have their finger on a reactionary button.Â

Show Review: Parquet Courts and B Boys at The Mothlight