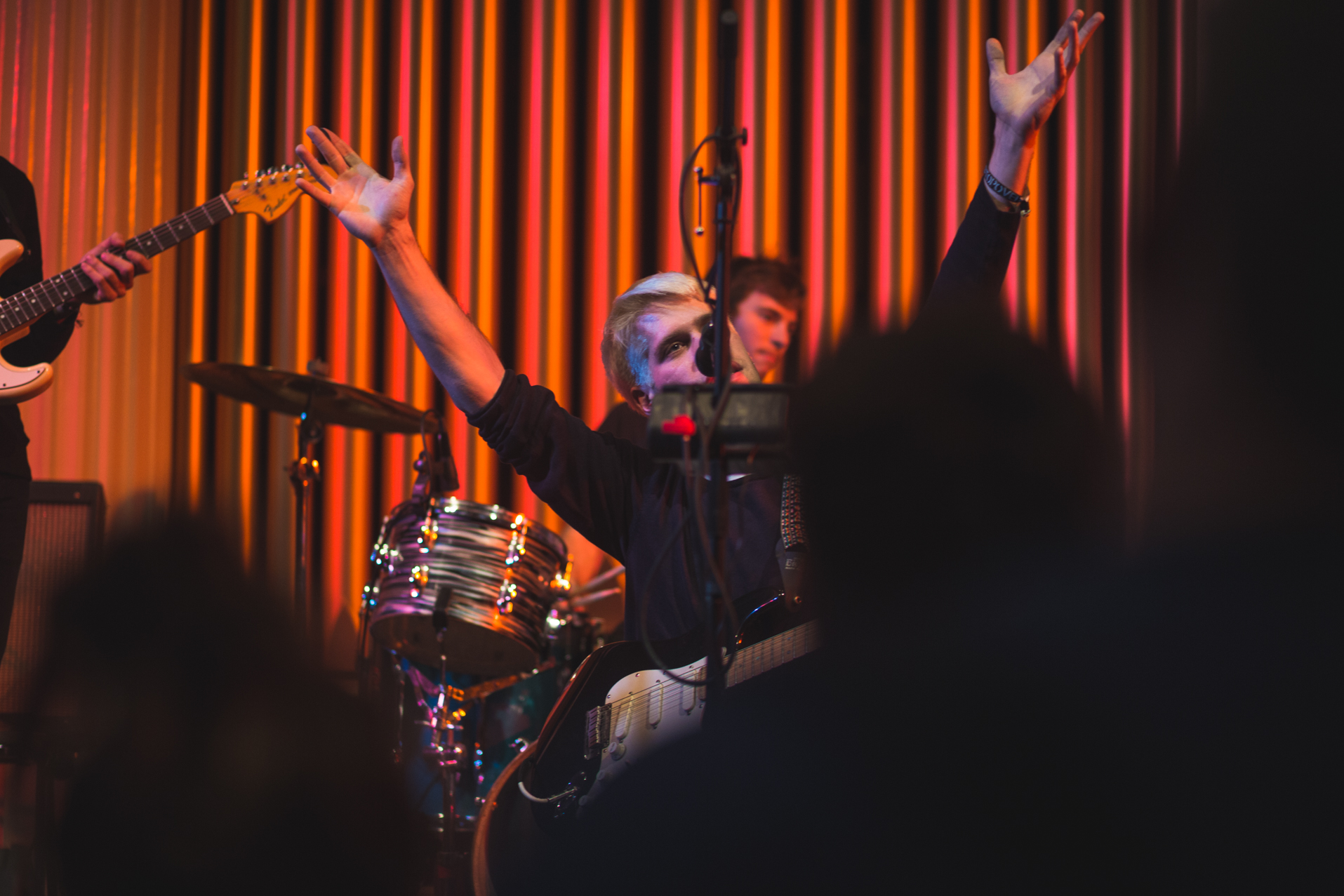 In their practice space off State Street in West Columbia, SC we caught up with Grand Republic as they rehearsed for an upcoming show. In the video we show the band rehearse three songs in their space and chat with band members John Furr and Troy Tague about the history of the band and the space in which they create their songs.