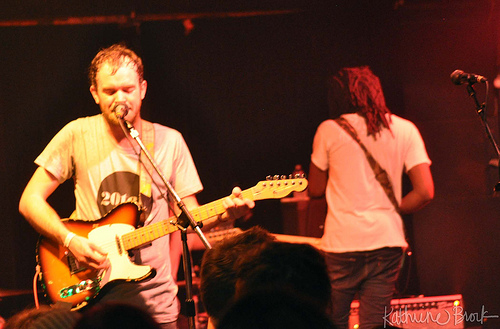 For years All Get Out were known most for emotionally chaotic live shows, an EP and then later a full length album. The amount of time they were a band and the amount of material they’d written didn’t match their output of recorded music. Now times have changed and Sumter, SC native and All Get Out frontman Nathan Hussey is halfway across the country pumping out song after song and album after album, both under his solo moniker Hussey and All Get Out.

Longevity and commitment has paid off. Hussey stays on his roll with However Long. It’s as catchy as ever, as heartfelt and personal lyrically as he’s always been, and ever-solid with his guitar work. Gold Flake Paint mention that However Long is being bill as the bands first real love song. I have trouble buying that. In one way or another that’s been a very central theme in Hussey’s lyrics for some time, but maybe not in as direct a sense. Regardless, this song soars, and continues to prove All Get Out’s ability to persevere as a well established band in an ever changing music landscape.