I generally try and avoid situations where I’m pulling double duty as a press member and artist at a show/event, but David’s offer for me to cover the Savannah Stopover Festival after I finished playing seemed too good to pass up. My only previous experiences in Savannah were both negative, so the lure of press access to bands, a photo pass and the possibility of a swag bag were enough to give it another shot to save face.

Due to work obligations, I wasn’t able to catch any of the bands Thursday night. Missing Kopecky Family Band was most disappointing, as I haven’t seen them live since they released their first full-length, “Kids Raising Kids,” and loved their show at 5 Points Pub last year. My brother will likely never forgive me for missing The Last Bison as well – they’re from very near our hometown and have been on a meteoric rise since forming less than three years ago, signing their orchestral folk sound to a deal with Republic Records two years ago. From everything I could gather, Thursday night was a great time and I apologize that I couldn’t be there to cover it.

Once we (Ned Durrett and the Kindly Gents) finished playing our set Friday, we were immediately swept up by both the city and the festival’s attentive hospitality. The staff at the central festival help desk was extremely attentive, making sure I got my press badge and had a good understanding of the festival layout.

The first band I went to find was fellow South Carolinian outfit Heyrocco. I hadn’t been able to catch them live yet, only hearing their offerings on the last two years’ Scene SC samplers, and was extremely impressed by the amount of energy the indie rock trio injected into what had been a pretty docile basement bar (Taco Abajo) to that point. Their recent single, “Elsewhere,” showed off the group’s musicianship and ability to play in odd time signatures (verses in 7/4 here) with precision and ease. All three members sang at some point during the set, be it lead or harmony, which I found extremely impressive since I sing like this.

After Heyrocco’s highly entertaining set, I was off to the artist’s lounge. Once we arrived there, we were greeted with free food and drinks and met Hanna, a social media content manager volunteer for the festival who became our music/general Savannah liaison for the remainder of the weekend.

Unfortunately, the hospitality in the artist’s lounge may have been too great, as the free libations offered definitely affected my ability to properly play the role of photographer Friday night, which is entirely my fault.  I apologize, good readers, for the blurriness of some of the photos in the gallery below and hope that you can forgive me.

Next up was the ten-plus block trek to Forsythe Park for the of Montreal show. The festival made a great call by having the main headliner play here, as the scenery was beautiful even at night and all of the space was needed for what I would guess was a few thousand plus people in attendance. I have limited of Montreal listening experience, mostly coming from my high school girlfriend. All I knew was to expect the weird and outlandish. That’s exactly what went down.

While the group’s musical forays into the indie and psychedelic realms were entertaining themselves, the real show was found in the band’s onstage antics. At various points, the following characters emerged to grace the stage:

Friday ended with the discovery of a couple new acts that I look forward to hearing more from. Annapolis, Md.’s Sun Club were kind enough to indulge my drunken conversation about Baltimore and Charm City Cakes before taking the Taco Abajo stage for a raucous set that displayed intricate part writing behind powerful and catchy vocal hooks. Afterward, we headed down the street to catch Brooklyn’s Country Mice per Hanna’s suggestion – a good suggestion, indeed. The quartet’s Americana laden garage rock is listener friendly across a wide variety of musical tastes and, as good as their music is, they are even better people.

Sadly, the end of the Country Mice set is where my night took its ultimate turn-for-the-worse. The rest of the evening included meeting people only to forget them the next day, unwarranted cursing directed at Bono (well, warranted really; it’s Bono) and me circling our group of friends doing this dance for upwards of five minutes (so I’m told).

The day that I remember having at Stopover, however, is one I won’t soon forget. The festival established itself in my mind as a burgeoning vessel for regional and national touring acts and I was excited get some sleep, feel human again and enjoy what Stopover’s Saturday had in store. 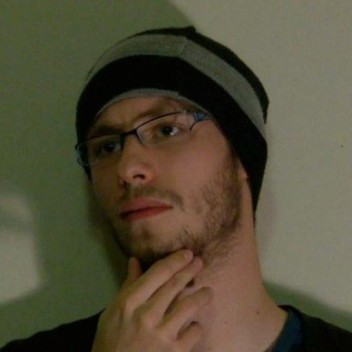 I'm from Virginia, where ain't shit to do but cook. I play bass, write, eat way too much, and take naps. Then repeat. View all posts by Cameron Powell