I’ve been a fan of the Los Angeles-based indie band Local Natives since their first album Gorilla Manor released in 2010—“Who Knows Who Cares” was my own personal anthem during freshman year of college. So imagine my excitement when I hear that they would be playing at Bonnaroo AND in Charleston within the span of a week. Since I forwent seeing them at Roo in favor of Mike Birbiglia’s stand up, I was expecting a hell of a show from them at the Music Farm, and they most certainly did not disappoint.

They opened their set with “You and I” off of their album Hummingbird, which released earlier this year. From that moment on, the music didn’t stop for the nearly two hours their set lasted. They played other songs off of their newest album like “Black Balloons,” “Breakers,” and “Ceilings,” among others. Of all of the newer songs they played I enjoyed “Wooly Mammoth” the most, which was the first song of their encore. The best tracks to hear live, though, were all from Gorilla Manor—“Wide Eyes,” “Shape Shifter,” and “Airplanes” were the standouts of the main set.

One of the most interesting parts of their performance was how often they switched places and instruments. They started out with four out of the five lining the front of the stage, with the two guitarists, the bassist, and the synth/percussionist all standing side by side. Every few songs, one of the guitarists would take over the standing drum while the percussionist/lead vocalist took over lead guitar and then after a song or two would take over rhythm guitar. This keeps their show from becoming stagnant and allows them to refresh themselves. Although, it’s hard to imagine a dull Local Natives show with guitarist/vocalist Taylor Rice jumping all over the stage and dancing in a way that’s both erratic and irresistibly charming.

My absolute favorite moments of the show happened during the encore. After playing “Wooly Mammoth” they started in on “Who Knows Who Cares,” at which point I completely lost it and kept almost knocking my head into the monitors next to me. It was at this point I realized how worth it waiting to see them was. At a festival, the bands’ sets tend to be shorter, and it’s more difficult to get up close to the stage to actually see them. They closed with “Sun Hands,” which can only be described as a battle cry. I can’t really describe how amazing it was to sing the lyrics “And when I can’t feel with my sun hands/I promise not to lose her again” over and over again with a couple hundred other people. Even though the setting was intimate, it felt like we could have been in the middle of a stadium. Their sound can range from delicate and soothing to raucous and nearly earth shattering. Their lyricism and diversity are what I love most about them.

Not only are they very musically gifted, they’re also humble and kind. At one point Taylor Rice told the crowd about his adventures in Charleston earlier that day, talking to locals on the street and inviting them to the show. He also talked about what nearly every other artist who plays at Music Farm talks about: the heat. Yes, it was hot, humid, and rainy, but no other city can beat the appeal that Charleston has.

The Local Natives deserve every bit of applause they received at the show, if not more. Their music spans generations if the diversity of the audience was anything to go by. As their fan base grows, so does their music, and I’m very excited to see what they have in store for the future.

Here, have a picture of the setlist, listen to the songs on it, and pretend that you were there: 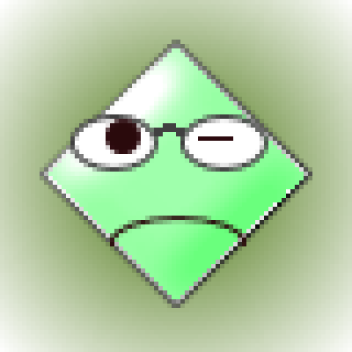